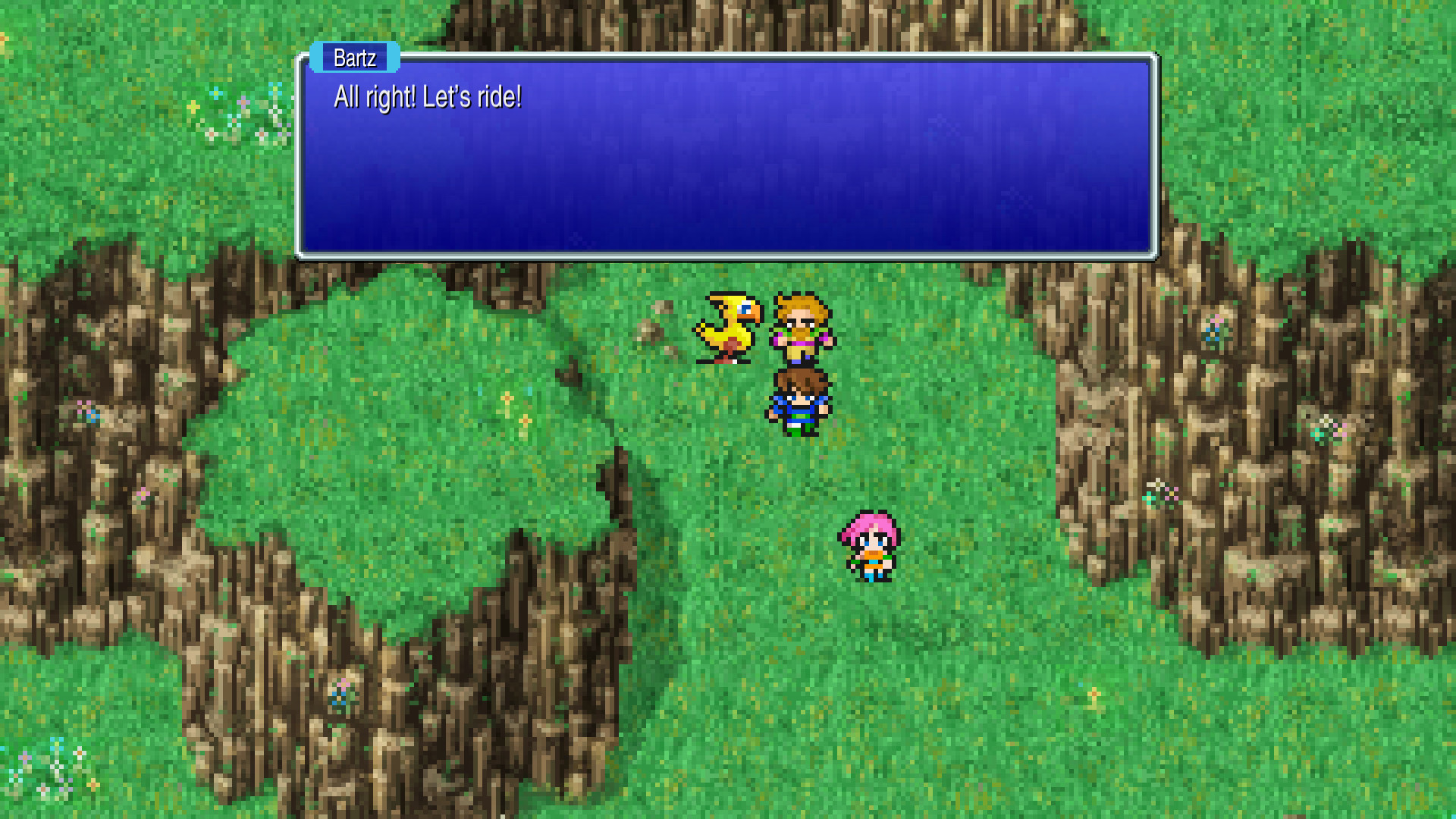 The King is missing, memories have been lost, and the crystals are in jeopardy.

Luckily, these heroes are up to the job.#FinalFantasy V pixel remaster is coming to Steam and Mobile on November 10th PDT/GMT. Pre-purchase now for a 20% discount on Steam: https://t.co/rLsAKoLkpM pic.twitter.com/CA4YR4U4Di

As a reminder, FFV follows Bartz, Lenna, Faris, and Galuf. The group endeavor to protect their world’s Crystals. This installment is particularly well known for its job system. There are over 20 classes for people to take. (Though, depending on the version, the number varies. The Game Boy Advance release had an additional four.)

Square Enix’s been releasing the Final Fantasy Pixel Remaster entries at a fairly steady clip. The first three games all appeared on the same day: July 28, 2021. There was a brief gap before the FFIV release on September 8, 2021. Now, about two months later comes the FFV Pixel Remaster release date. The only remaining entry is FFVI. It only has a 2021 release window.

The FFV Pixel Remaster release date is November 10, 2021. People will be able to play it on PCs via Steam and both Android and Apple iOS devices. It will be 20% off until November 30, 2021.