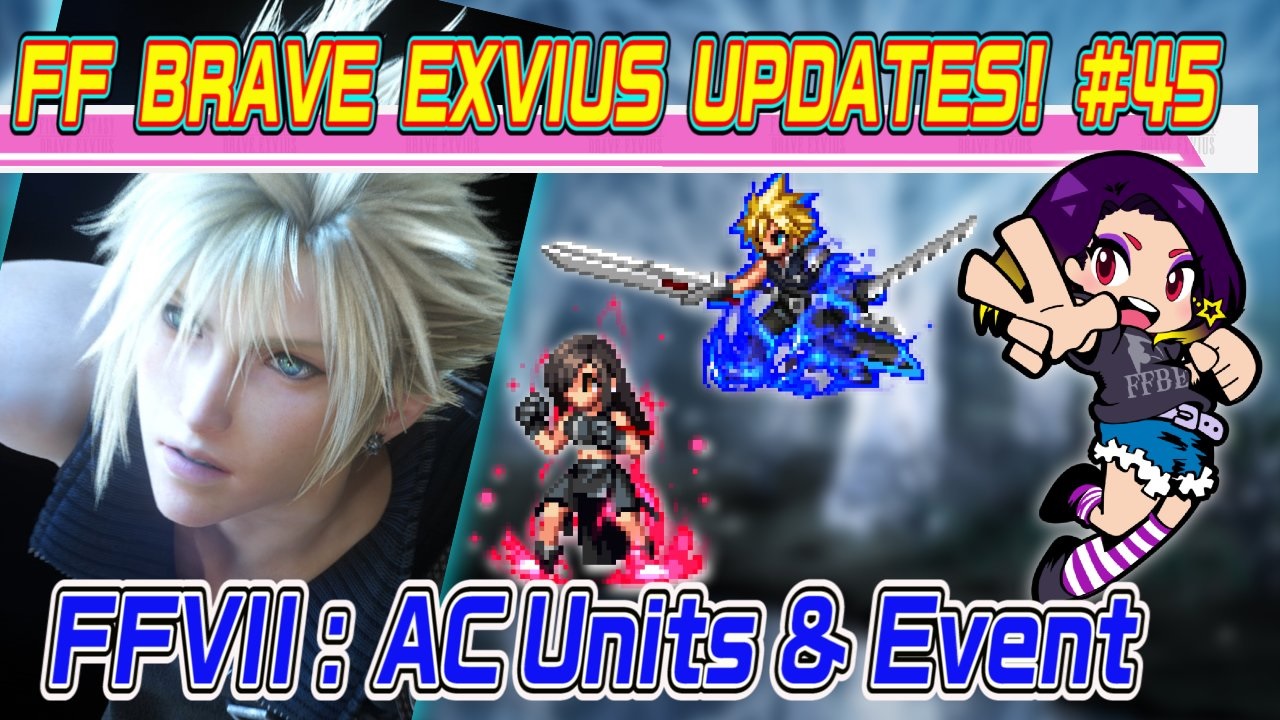 People will have a chance to earn new Final Fantasy Brave Exvius Cloud and Tifa units, but these new variants aren’t based on the original Final Fantasy VII. No, they’re part of Square Enix’s new Final Fantasy VII Advent Children event that also brings along Sephiroth’s little “brothers,” the remnants Kadaj, Loz, and Yazoo. The event gives people a chance to collect some of them through a banner and earn Kadaj until May 20, 2020.

People can find themselves partnering up with Kadaj if they take part in Midgar’s Edge. This is a Final Fantasy VII Advent Children-themed event that lets you earn the unit and both Gold and Silver Enlightenment Keys. The other freebies involve a login event tied to Final Fantasy VII, which gives people a chance to get Exchange Coins that could be put toward Cloud, Tifa, Aerith, Sephiroth, Zack, Red XIII, Vincent, or Yuffie. Those who log in every day until May 20, 2020 will get a Prism on the last day.

If you want the other units based on the characters from the movies, you have to leave it up to luck and pull on the new banner. The Final Fantasy Brave Exvius Cloud Advent Children unit even has his own CG Limit Burst. However, unfortunately for Yazoo and Loz, they don’t get to be separate units. Instead, the two appear together as one unit. (Think Loz is crying about that?)

Here’s a better look at the new units.

And here’s another look at the four new units.