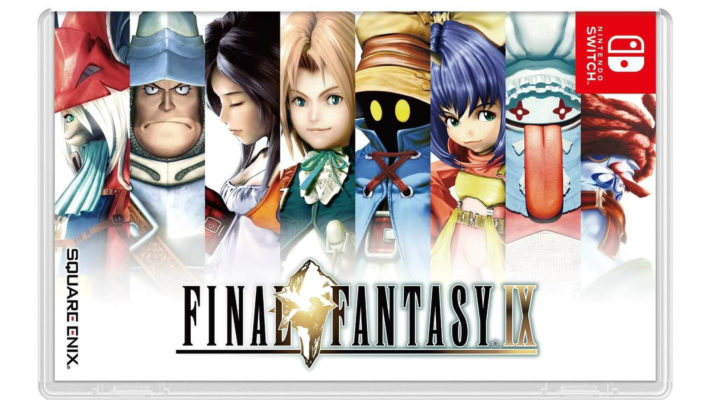 Another Final Fantasy Switch port will apparently show up on a cartridge. Square Enix Asia announced on Facebook on October 16, 2020 that Final Fantasy IX Switch physical copies will launch in Asia in Winter 2020. An exact release window wasn’t announced. [Thanks, Final Fantasy Timeless and Waddles the Piggu on Resetera!]

However, there is an important detail to note about this announcement. Square Enix Asia actually pulled it from its Facebook account shortly after the video published. People did grab images of the official boxart, which seems designed to be displayed horizontally and has pictures of the cast above the logo. Also, Final Fantasy Timeless screencapped the announcement, which confirmed the game would have English, French, German, Italian, and Spanish as possible language options.

And just in case something happens to Final Fantasy Timeless’ tweet: 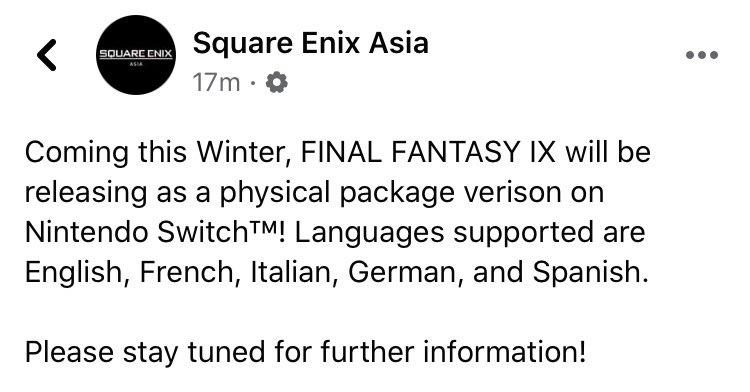 Final Fantasy IX originally appeared on the PlayStation. It is now available on the Nintendo Switch, PlayStation 4, Xbox One, PC, and both Android and Apple iOS devices. The Final Fantasy IX Switch physical Asian release will apparently arrive in Winter 2020.