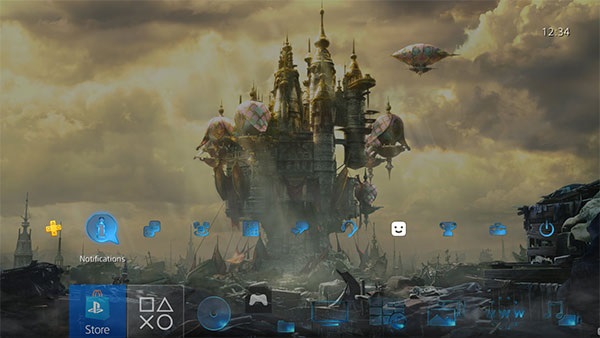 Players who meet the requirements can download the theme featuring the #FF7R “Prelude” theme and imagery from both titles!

Here’s how the offer works. Someone has to already own a digital copy of Final Fantasy XIV: Shadowbringers and have a preorder for either the standard or digital deluxe edition of Final Fantasy VII Remake. They then get this theme that showcases both Midgar and Eulmore. It also has “Prelude,” the iconic Final Fantasy theme, as its music.

This is one of multiple Final Fantasy VII Remake PS4 themes people can acquire. If you download the demo, you can get a theme that has the whole party pictured. If you buy Butterfinger, Baby Ruth, or Crunch bars, you can get a Tifa dynamic theme.