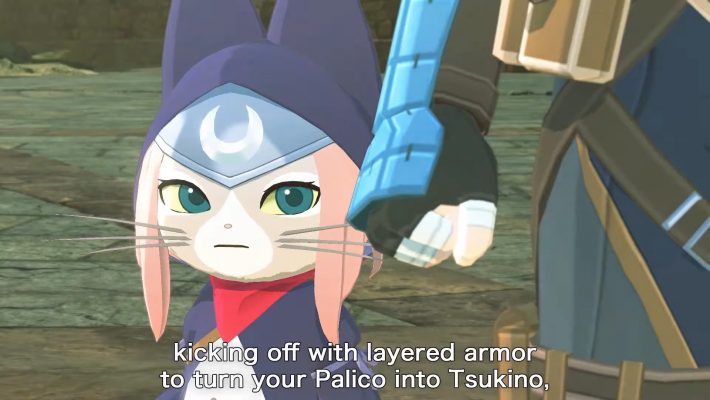 At the end of the May 26, 2021 Monster Hunter presentation, Capcom revealed some free cosmetic items headed to one of the games. Monster Hunter Rise will get Capcom Collab layered armor sets. These will allow characters to dress up as iconic characters from other titles. The first one will involve Monster Hunter Stories 2’s Tsukino in June 2021.

The presentation explained how the process will work. When a free Capcom Collab armor opportunity comes up in the game, there will be a new event quest. People who take and complete it will get the new look. So for June 2021, the Palico Layered Armor: Tsukino Costume will be the reward.

Capcom also shared a roadmap for future updates. The first Capcom Collab armor will show up sometime in the middle of June 2021. The next will appear at the end of July 2021 in the version 3.2 update. Finally, the third announced Capcom Collab event quest will appear in August 2021 with version 3.3. 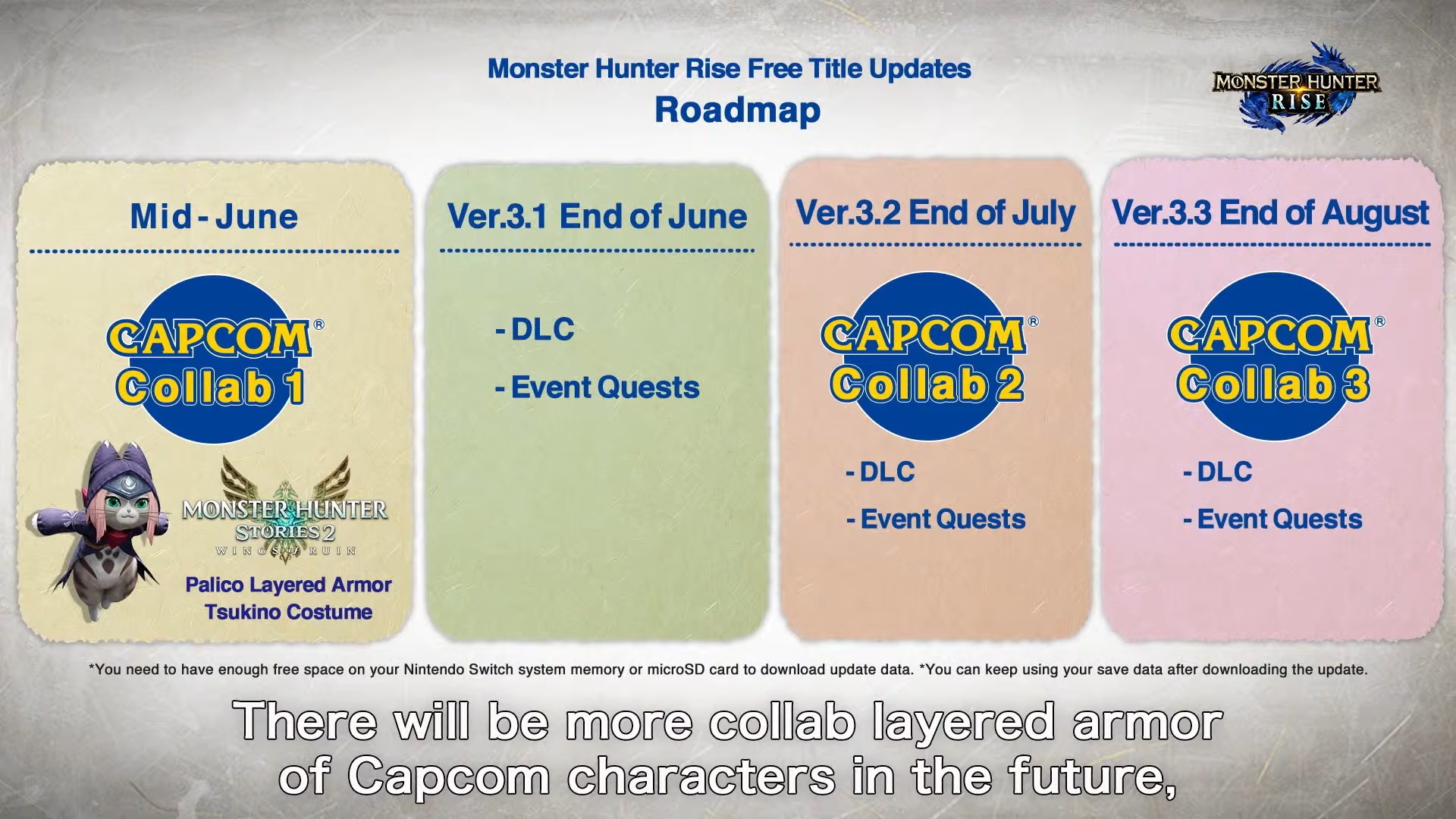 Monster Hunter Rise is available for the Nintendo Switch. It will also head to the PC in 2022. The Monster Hunter Rise Capcom Collab Tsukino event quest will appear in mid-June 2021. As a reminder, the version 3.0 update will arrive this week. It will add new monsters and a new ending to the game.