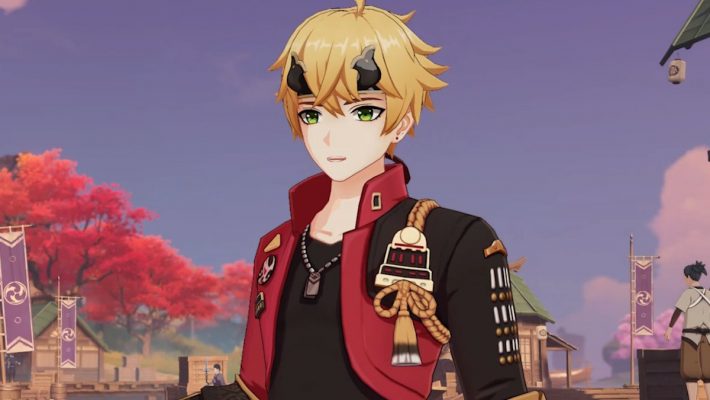 During the Genshin Impact version 2.0 broadcast, MiHoYo talked about new soundtrack developments on the horizon. In particular, two are in the works. First, the Genshin Impact The Shimmering Voyage Version 1.0 Commemorative OST is in development. However, the team is working on one for the 2.0 update and Inazuma as well.

First, people will see the Genshin Impact The Shimmering Voyage OST. This will be a 68-track album. All songs were composed by Hoyo-Mix’s Yu-Peng Chen. There will be four CDs total in this collection. Each one has its own name. So when people get it, they get Fairytale of the Isles, Blazing Stars, Roar of the Formidable, and A Stranger’s Soujourn.

As for the Genshin Impact 2.0 soundtrack with Inazuma songs, Yu-Peng Chen appeared during the broadcast to talk about it. He noted that the Tokyo Philharmonic Orchestra performed all of the tracks for the game. As a reminder, the London Philharmonic Orchestra handled the Mondstadt region’s music and Shanghai Symphony Orchestra recorded Liyue’s. He also noted that the koto, shakuhachi, shamisen, and taiko were all used when making the music for the new region.

Genshin Impact is available for the PlayStation 4, PlayStation 5, PC, and both Android and Apple iOS devices. It will also eventually come to the Nintendo Switch. The Genshin Impact version 2.0 update will appear on July 21, 2021.