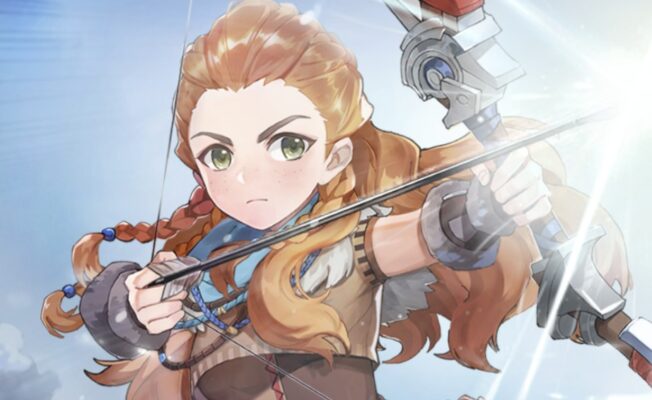 MiHoYo kicked off an event to celebrate Horizon Zero Dawn’s Aloy appearing for every Genshin Impact player. As of October 13, 2021, people can also take part in Aloy’s Exploration Journal. This is a supplemental web event that rewards people with Primogems and character ascension materials. It also plays with the idea of her being on another journey.

During Aloy’s Exploration Journal, players follow her as she goes into the Dragonspine, Liyue, and Mondstadt regions in Genshin Impact. They’ll get to read her comments on each one. (Which also includes comparisons to her “home” game.) If you go through all three areas, you will get three Shivada Jade Fragments and 40 Primogems. Normally, you get those Shivada Jade Fragments by fighting enemies like the Cryo Hypostasis, Cryo Regisvine, or Wolf of the North. As long as you are at Adventure Rank 20 in-game, you can take part.

Aloy first joined the game in 2.1. People playing on a PS4 or PS5 would automatically get the five-star Cryo archer after reaching Adventure Rank 20. There is also an exclusive Predator Bow designed with her in mind. However, that is only available as a free PS4 and PS5 item.

Genshin Impact is available for the PS4, PS5, and PC, with Aloy now free for all players following the 2.2 update. The Aloy’s Exploration Journal event will run until October 27, 2021.