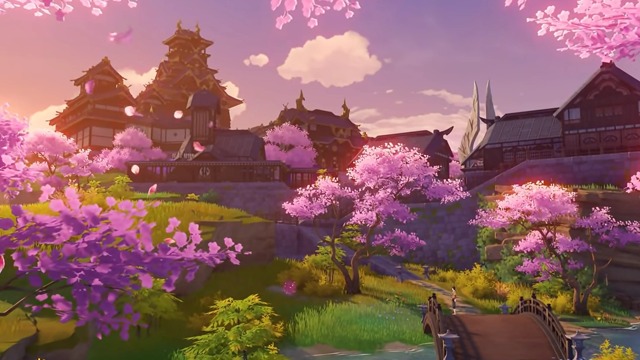 A total of 62 tracks are immediately available to listen to through the OST. This includes “Duel in the Mist.” miHoYo recently released a music video for the track, which featured performers playing traditional Japanese instruments.

miHoYo has already released two other Genshin Impact OSTs through YouTube, Spotify, and iTunes. This includes music from the Liyue region and from the Mondstadt region. Additionally, miHoYo has put out shorter, EP style albums featuring scenic views of the various environments found in the game. A handful of these EP albums focused on individual characters like Venti, Zhong li, and Childe. Each of these soundtracks, including the Inazuma Chapter OST, are available to stream worldwide.

Genshin Impact is immediately available for PlayStation 4, PlayStation 5, PC, and Android and iOS devices. A Nintendo Switch version is currently in development.