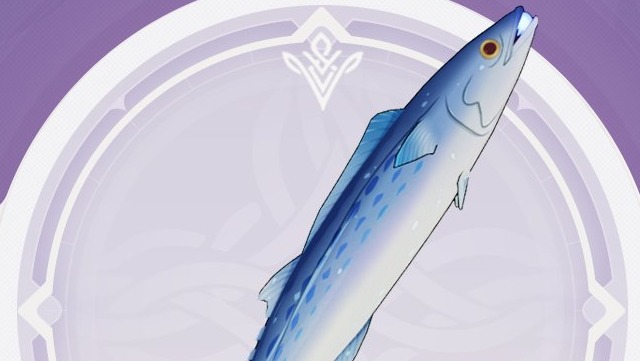 Not only will miHoYo add a fishing system to Genshin Impact Version 2.1, but some of the new weapons will also be fish-themed. Four new weapons — two polearms, a claymore, and a bow — will be available from Wishes and as event prizes. Of these weapons, only one of them, the Engulfing Lightning polearm, is a limited 5-star.

Hello Travelers~! Today, Paimon wants to introduce you to the brand-new weapons that will be appearing in Version 2.1 Wishes and events! Come on, let's take a look~

(Examples of the following weapons based on Level 90 and Refinement Rank 1)#GenshinImpact pic.twitter.com/qFdZX2vLh6

For event-exclusive weapons, there is the Luxurious Sea-Lord claymore, which looks like a giant fish. Indeed, it is actually an air-dried fish. It increases the damage dealt from an Elemental Burst by 12%, but its true might lies in its second effect: summoning tuna. Every 15 seconds, when an Elemental Burst hits an opponent, it summons a wave of tuna that can deal 100% of attack as area damage. This weapon is truly the lord of the sea, and is a prize from the Moonlight Merriment event.

The second polearm that will appear in Genshin Impact Version 2.1 is called The Catch. It increases Elemental Burst damage by 16% and critical rate by 6%. Like Engulfing Lightning, The Catch has a main stat of energy recharge.

Lastly, the Predator bow will appear as a free weapon for PlayStation 4 and PlayStation 5 players over Adventure Rank 20. You can use this weapon on mobile devices or Windows PC after you obtain it, but the offer is only for players on the PlayStation Network. This offer lasts until Version 2.3. It has an attack main stat. In addition, it increases Normal and Charged Attack damage by 10% every time you deal Cryo damage to an opponent. It also gives a flat attack buff of 66 to Aloy.

Genshin Impact is readily available on mobile devices, PlayStation 4, PlayStation 5, and Windows PC. Engulfing Lightning, Luxurious Sea-Lord, The Catch, and Predator are all weapons that will appear in Genshin Impact Version 2.1. That update will go live on September 1, 2021.