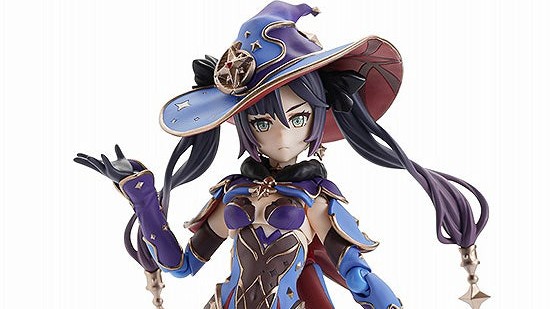 At WonHobby 34, Good Smile Company revealed its first Genshin Impact figma. It is of a character it is already creating another figure of. Eventually, a Mona figma will join the ranks of the Genshin Impact figures.

This Mona Genshin Impact figma appeared as a painted prototype on the official website. She’s wearing her standard in-game outfit. No accessories were shown with her. However, she is a Catalyst user, so she might come with a book. She is also a Hydro element party member, which could mean water effect parts.

Here’s a closer look at Mona. 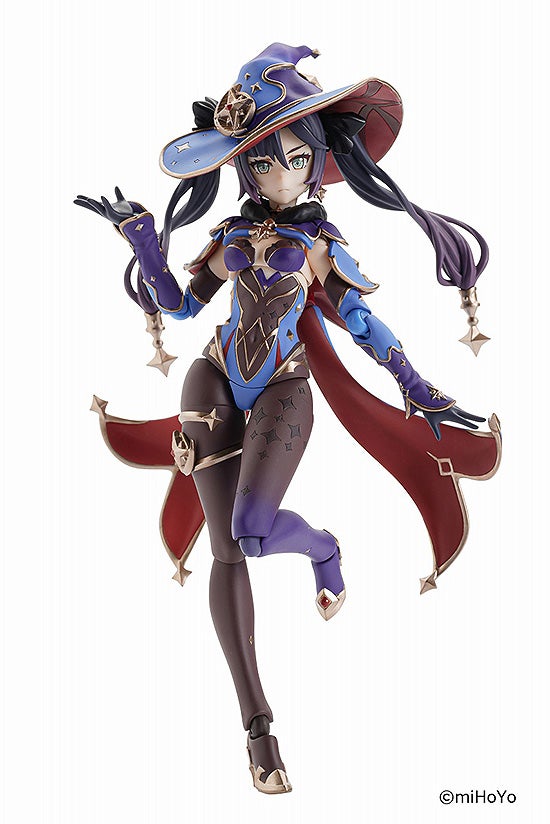 The first Genshin Impact Mona figure appeared back in July 2021. She will be a 1/7th scale figure that will cost $193.99. Her debut date is November 2022. There is no price for the figma of her yet, but those tend to cost between $68.99 and $119.99, depending on how elaborate they are and their accessories.

As for other Genshin Impact Good Smile Company figures, a few are on the way. Nendoroids of Aether, Lumine, and Venti were announced. Unpainted prototypes of the siblings already appeared at a prior event in 2021.

The Genshin Impact Mona figma is in development and will eventually join Good Smile Company’s line of figures based on characters from the series.