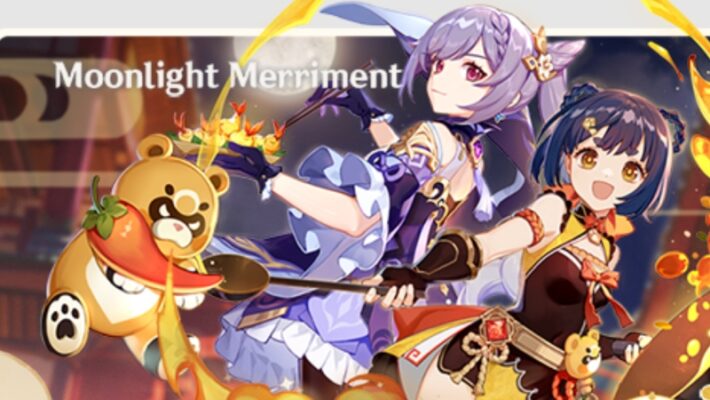 Developer miHoYo revealed more details about its upcoming Genshin Impact Moonlight Merriment event via a post on the HoYoLab community site. Players who have achieved Adventure Rank 28, finished the “Archon Quest: Chapter I: Act III”, and the “Trulla Chapter: Act I” (Xiangling’s story quest) can join the festivities.

The Moonlight Merriment event rewards participating Genshin Impact players with a unique, fish-shaped four-star claymore weapon. It will take place in three phases. In each phase, following the completion of an opening narrative quest, players will open up the Moonlight Seeker mechanic. This involves exploring designated areas, hunting down collectibles like Mystmoon Chests and Moonchase Charms. These items will fill up a progress bar for each area. Filling out the collection progress bar will unlock rewards such as primogems, weapon ascension materials, Mora, and the Luxurious Sea-Lord weapon and its refinement items.

Players will also be able to visit an NPC named Linyang. Linyang will give out clues as to the location of Moonchase Charms and mark undiscovered Mystmoon Chests on the map.

There’s also another mechanic in place for Genshin Impact players that prefer combat: The Trail of Delicacies. While the Moonlight Merriment event is active, Trail of Delicacies challenges will be revealed on the map. In the challenge areas, players will be tasked with defeating various enemies, including specially enhanced leaders.

In keeping with Xiangling’s involvement in the event, food plays a part in the Trail of Delicacies. Players can make offerings of various Liyue-specific food dishes to acquire Trail Comforts, powerful buffs that make their characters more effective in battle.

The Genshin Impact Moonlight Merriment event kicks off on September 27, 2021. It continues until October 11, 2021. The game is immediately available on Android, iOS, PS4, PS5, and PC.