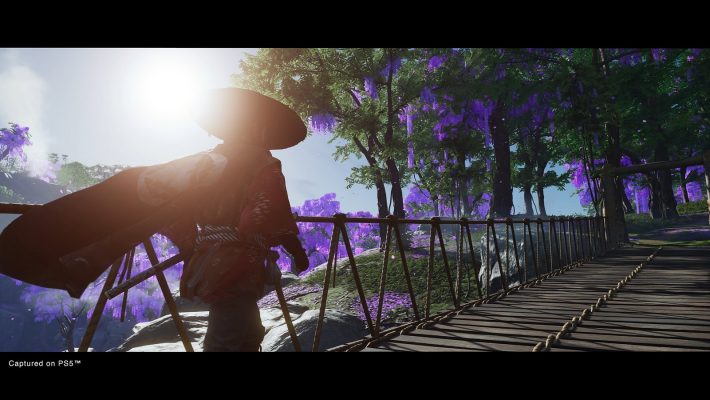 As the ESRB rating suggested, a Ghost of Tsushima: Director’s Cut version of the game will appear on August 20, 2021. The update will include PS5 exclusive features. There will also be an Iki Island expansion. That same day, an update will arrive for all versions of the game.

A few of the PS5 exclusive Ghost of Tsushima: Director’s Cut features came up in the announcement. It will appear in 4K. You’ll be able to see it run in 60 FPS. It will use the system’s 3D audio and haptic feedback. There will also be Japanese voice over lip sync. PS4 save files will also transfer over to the PS5 version.

A little was said about the Ghost of Tsushima Iki Island expansion. It will appear starting in Act 2. Jin will deal with the Mongol invasion there as well. However, more details on it will arrive later.

Sony also went over purchasing options. The base game will be $59.99 on the PS4 and $69.99 on the PS5. Pre-orders at some places include a digital art book and soundtrack. However, there are also upgrade options. If people own the original PS4 version, you can get a Director’s Cut for $19.99. People with a PS4 Director’s Cut could pay $9.99 for a PS5 version. There are no free upgrades from the PS4 to PS5 version.

Here’s a trailer for the new version of the game.

As for people who don’t want to upgrade, there will be a free update. Sucker Punch confirmed that there will be controller remapping options, more to do in photo mode, you can turn on a lock-on feature when fighting, and there’ll be an extra mode for the Legends multiplayer.