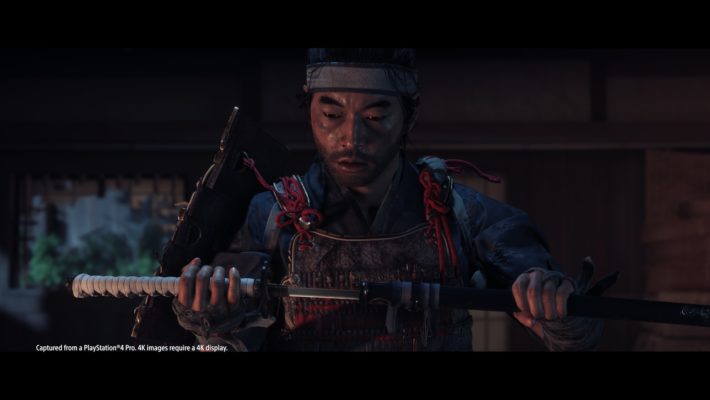 Sucker Punch announced a new Ghost of Tsushima patch will launch on July 27, 2020. It is going to add new elements that will make it more challenging and more accessible. The biggest addition in patch 1.05 will be the Ghost of Tsushima Lethal difficulty option. However, people can also take part in optional Lower Intensity Combat or adjust the font size.

Lethal’s name is pretty indicative of what it will offer. Both Jin and his opponents are stronger and “more deadly.” Enemies are also going to be more aware and players will need to be on point when dodging and parrying.

As for the Lower Intensity Combat options, both regular combat and stealth elements will be made more forgiving. People will even be able to have Jin heal without worrying about enemies attacking him, and they won’t be as aware.

Here are the full Ghost of Tsushima patch 1.05 notes from Sucker Punch.

Patch 1.05 will also include the following new options in the accessibility menu:

Lower intensity mode is meant to maintain the heart and feel of Ghost of Tsushima combat while relaxing several timing-specific elements. Combat is less intense, giving you more time to react. Stealth settings are more forgiving, and enemies take longer to detect you.

Ghost of Tsushima is available for the PlayStation 4. There is also a tourism partnership that lets people see sights from the game.