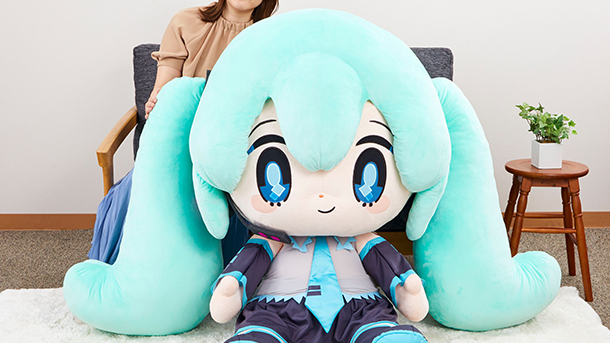 Limited pre-orders for a giant Hatsune Miku plush are now open in Japan. The plush from Taito’s Spiritale brand will cost ¥66,000 (about $600), with a limited supply of 100 units. Pre-orders will end on November 8, or until supplies last, and ship at the end of March 2022. [Thanks, Hobby Watch!]

The Hatsune Miku plush is based on a design by artist Megumi Mizutani. Weighing in at around 13 kilograms (about 28 pounds) and 3 feet tall, it is reportedly one of the largest Miku plushes ever sold. The plush features the Vocaloid singer in a sitting position, flanked by two large plush twin tails. It even recreates the more minor details, such as Miku’s headset and hair bands.

Though announced as a part of Hatsune Miku’s 14th “birthday” anniversary, the release also marks the 1-year anniversary of Spiritale’s founding. Similar to last year, Spiritale is also releasing a new Miku figure based on this year’s Pretty Rabbit birthday design. Furthermore, the company is also hosting a follow and retweet campaign on Twitter where one winner will receive the giant Hatsune Miku plush for free.

You can get a better look at the Hatsune Miku plush in the screenshots below: 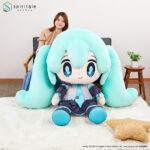 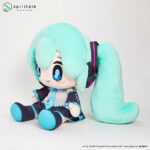 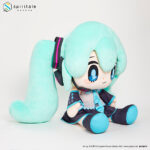 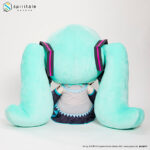 The Spiritale giant Hatsune Miku plush is immediately available for pre-order in Japan and will cost ¥66,000 (about $600). Pre-orders are limited to 100 units and will end on November 8, 2021, or until supplies last.