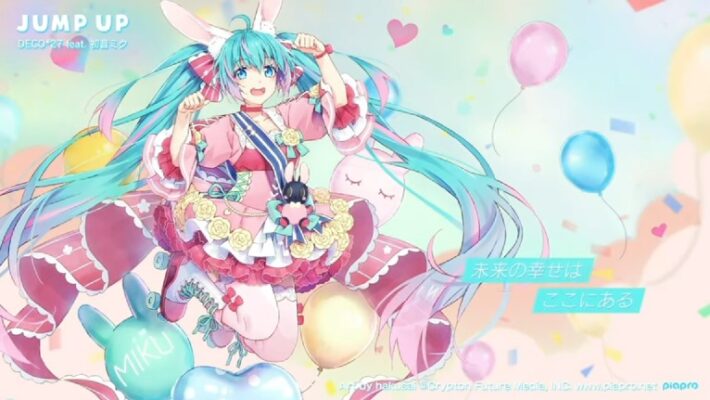 Pretty Rabbit Hatsune Miku wears a frilly pink dress and she has a blue birthday banner around her chest. Aside from the bunny ears and her signature pigtails, she also has a black rabbit attached to her birthday banner. In addition, some of the balloons around her are shaped like rabbits. She looks to be in the middle of jumping, with her arms up like she is pretending they are bunny ears.

The 1/7 scale, Hatsune Miku Birthday 2021 ~Pretty Rabbit~ figure will be available for pre-order in the future. DECO*27’s commemorative song “Jump Up” is on YouTube.