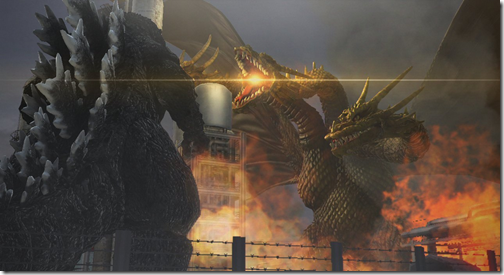 Godzilla comes out this week in North America and the PlayStation 4 version includes additional characters like SpaceGodzilla, 1964 Godzilla, and Rodan that are not in the PS3 release. Siliconera caught up with Bandai Namco producer Shunsuke Fujita to talk about how they chose kaiju for the Godzilla video games and how the new PS4 monsters play.

How did you pick the characters added for the PlayStation 4 version of Godzilla? There are two versions of Mechagodzilla now, Anguirus, and Mecha-King Ghidorah.

Shunsuke Fujita, Producer: I want to appeal to all Godzilla fans, no matter what era of Godzilla they are a fan of. When we were making the original game for PS3 back in Japan we focused on who we had to have in the game. Of course, we needed Mothra, Mechagodzilla, and King Ghidorah. But, there were a lot of kaiju we couldn’t fit into the PS3 game.

When making the PS4 game we started thinking, who did we want to add in? Not having Rodan and Angruirus for me was out of the question. I was really happy to be able to put these characters in. I also wanted to have three of the Mechagodzillas in the game too so fans of all three [Godzilla] eras can see their Mechagodzilla. 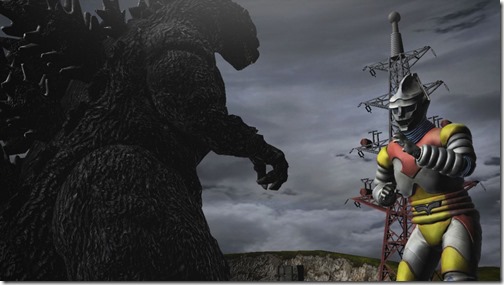 How does Rodan play compared to Godzilla?

He doesn’t have hands, just wings. To balance the game, he can peck with his head for direct attacks and also flap his wings to attack. Originally, we tried sticking him to the ground and allowing him to fly the whole time during battles. If we let him fly around he was so powerful he became untouchable! We changed this so Rodan’s basic movement is walking on the ground, but he can fly for brief periods. It’s kind of like an extended jump where he can flap his wings.

What about Angruirus? Is he going to be slow in comparison to Rodan?

Angruirus has a lot of different movements. His basic movements are slow, similar to Godzilla. But in the movies he has quick actions like turning around and facing an enemy with his spiky back. Also, for some of the fans they might remember the 2004 movie, Godzilla: Final Wars, where Angruirus turns into a ball and throws himself into at Godzilla. That’s also in the game. It’s the same with Godzilla, moving across the stage is slow, but their attack actions are fast. 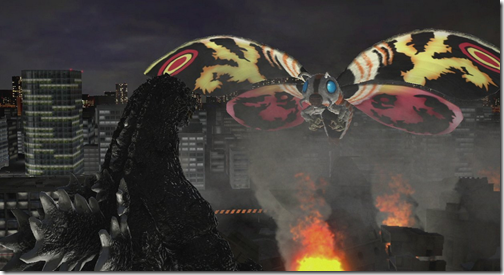 How does the 1964 Godzilla who was added to the PS4 version compare to the Heisei Godzilla and Hollywood Godzilla?

When we were putting together the plan for the game there were a lot of different versions of Godzilla we could choose from. We decided to start with Heisei Godzilla, but I knew with so many Godzilla fans out there they wouldn’t be satisfied with only Heisei Godzilla.

We put a lot of extra work into putting the 1964 Godzilla in the game because we really wanted to include him. There was also the Godzilla who fought King Kong we wish we could put in the game too. There are probably 20 different versions of Godzilla we would need to put in the game to satisfy all of the fans. Then it would be an "only Godzilla" Godzilla game! [Laughs]

If you look at Heisei Godzilla and the other Godzillas, the Japanese Godzillas have basically the same movements. Hollywood Godzilla is very different. The 1964 Godzilla plays like Heisei Godzilla, but the model is entirely different. The roar is different too because it was different in the movie. 1964 Godzilla also has a different breath effect too. The moves are roughly the same. The way the Japanese Godzillas move and fight, the sounds that they make are very different compared to Hollywood Godzilla.

In the game it’s balanced so it doesn’t depend on the Godzilla, but who is playing. I’m sure everyone will have fun online doing this. But, in real life, 1964 Godzilla is supposed to be 50 meters, Heisei Godzilla is 100 meters, and Hollywood Godzilla is 108 meters. There’s a big size difference there.

Speaking of the King Kong vs. Godzilla movie, did you get a chance to ask for King Kong?

[Laughs] We definitely wanted to put him in. The rest we’ll leave to your imagination.

Are you planning to have any downloadable characters?

There aren’t any plans for that. 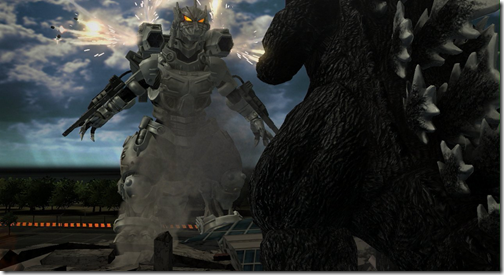 Even if you’re not a Godzilla fan, the game gives you the feeling that you’re a giant monster. You can smash buildings with ease and in fact you need to destroy the city to power up. It’s kind of Katamari meets kaiju. How did you design the maps for the game?

I was looking through the movies and I picked locations like this is where Godzilla fought Mothra or this is where he fought Mecha King-Ghidorah. Then I took those motifs and designed a stage that doesn’t let the player come empty handed when attacking. There’s always something to smash or crush. That was a main focus when making the game.

Is Godzilla a hero or villain in your eyes? He does fight other monsters, but he is also crushing people’s houses.

[Laughs] In the movies, he might be bad for the people in the films. But for movie fans, he’s really cool. He’s a dark hero. I don’t think there are many people that view Godzilla as a villain. So, I guess I would say “neither.” If it was my house, I would let Godzilla break it. [Laughs]

If it’s regular Godzilla, but not SpaceGodzilla?

[Laughs] Yeah, I would prefer that.

What about Heisei Godzilla?

Ah, that’s difficult… but if SpaceGodzilla destroyed my house I would want Heisei Godzilla to come and kick his butt.

Godzilla is coming out in the West pretty soon, what project are you planning on working now?

You may know there is another Godzilla movie coming out. If the fans pick up the game, and if you’re a Godzilla fan we know you’re going to love this game. We’re hoping the reception is good. I have hopes and dreams after that, but no specific plans.

Godzilla comes out this week on PlayStation 4 and PlayStation 3. While both games are called Godzilla in the West, the PS4 release has more characters including SpaceGodzilla, Rodan, and 1964 Godzilla. Godzilla for PlayStation 4 also has 2 vs. 1 monster battles, tweaked fights, and an online multiplayer mode which the PS3 version does not have.