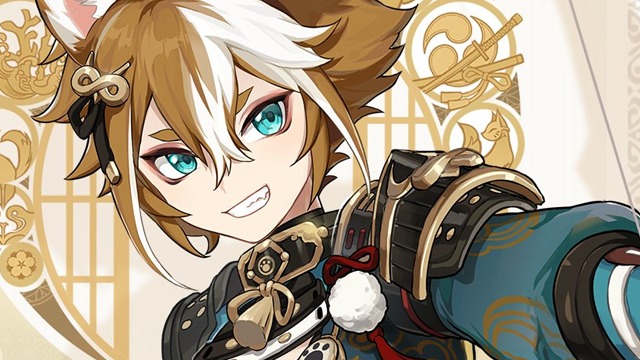 miHoYo released information regarding the inclusion of characters who will appear in upcoming banners. Gorou, the Canine Warrior, will appear as a Geo Archer in Genshin Impact. However, it didn’t note when Gorou could potentially be playable. Additionally, only a promotional illustration of the character has been shared.

As mentioned previously, Gorou is a Canine Warrior. He also serves as the General of the Watatsumi Army. Shown using a bow, Gorou will appear in Genshin Impact as an Archer. Gorou was previously revealed through a trailer which featured the Inazuma region and appears in the Archon Quest for the region. However, he was not available to obtain through any previous limited time banners.

You can take a look at the artwork for Gorou below.

"Kindness and loyalty are the representation of virtue. Without a doubt, my friend Gorou is a virtuous general." — Kaedehara Kazuha

The English voice actor for the character has not officially been disclosed. However, you can hear him in English in Genshin Impact. Gorou is voiced by Tasuku Hatanaka in Japanese and Yang Xinran in Chinese.

MiHoYo also revealed an entirely new character that will appear in Genshin Impact. This character is Arataki Itto, the leader of the Arataki Gang. The developers shared his artwork, revealing his full design and face.

However, Genshin Impact Version 2.2 will arrive on October 13, 2021. Players will have another opportunity to obtain Childe through a re-run banner, and Hu Tao as well.

Genshin Impact is immediately available for PC, PlayStation 4, PlayStation 5, and Android and iOS devices. A Nintendo Switch version is currently in development.