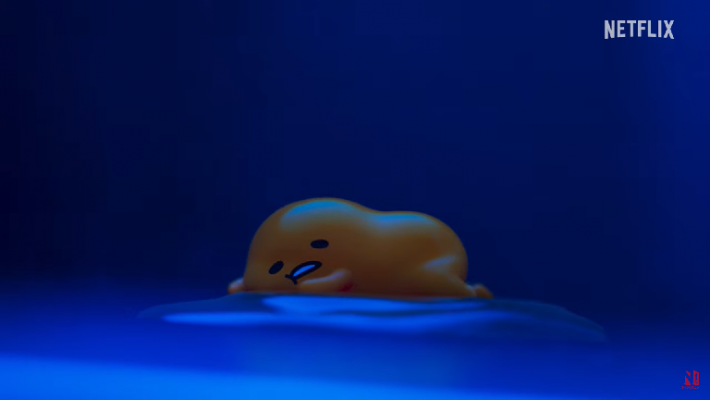 Netflix announced it’s producing Gudetama: An Eggcellent Adventure, a show that mixes live-action with CG. It will feature Gudetama on a journey to find its mother. Shakipiyo, a chick, will join Gudetama on the search. It will start streaming sometime in 2022.

The short trailer teases how the animation will look for Gudetama, though not much else appears. It is still unclear how long each episode will be, as well as how many episodes Netflix will release at once. Shakipiyo, as well as any other characters, do not appear in the teaser trailer.

You can watch the Gudetama: An Eggcellent Adventure teaser trailer here:

Gudetama is a lethargic egg and is one of Sanrio’s mascot characters. No matter how someone cooks him, he remains lazy and uncaring due to a lack of motivation. Aside from merchandise such as stationery and clothing, Gudetama is also the star of several animated shorts.

Gudetama: An Eggcellent Adventure will be one of Netflix’s upcoming animated series appearing later this year. Over the past few days, it revealed that shows such as Cyberpunk: Edgerunners, Castlevania: Nocturne, Uncle from Another World, and Junji Ito Maniac: Japanese Tales of the Macabre are in development. They are in development, but ones with an announced release window will come out in 2022.

Gudetama: An Eggcellent Adventure will come out on Netflix worldwide in 2022.