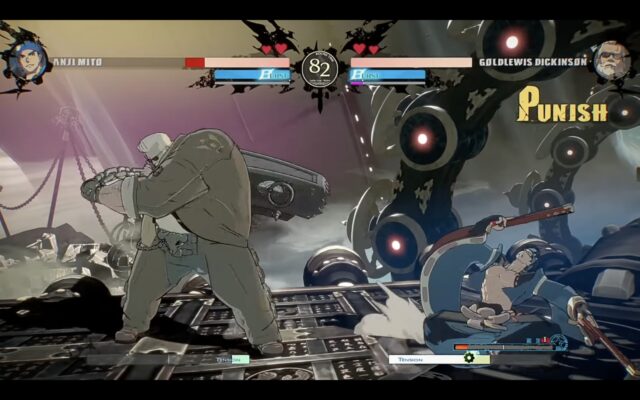 Arc System Works’ Guilty Gear Strive Starter Guide video series will include DLC characters too, as the developer released one for Goldlewis Dickenson. The newest segment spends almost six minutes looking at what the next fighter can do. As with all entries in this line, the Goldlewis video offers a peek at the fighter’s moveset and suggestions for using him efficiently.

After introducing Goldlewis, the presentation gets right into his moveset. It begins by showing off Behemoth Typhoon and how its properties can change depending on the input used. After that, it talks about how Goldlewis’ Security Level increases and can increase attacks’ strength. Then, his Thunderbird projectile is shown. That portion also shows how Security Level can increase its abilities. The Skyfish gun attack is shown off as well. Its chip damage and countering properties are shown. Down with the System and Burn It Down are the final two attacks shown.

In case you missed them, some past Starter Guides looked at characters like Sol Badguy, Ky Kiske, Axl Low, May, and I-No.

Guilty Gear Strive is available for the PS4, PS5, and PC. Goldlewis Dickenson will be the first Guilty Gear Strive Season Pass 1 DLC character when he debuts on July 30, 2021. People who have the pass get early access to him on July 27, 2021.