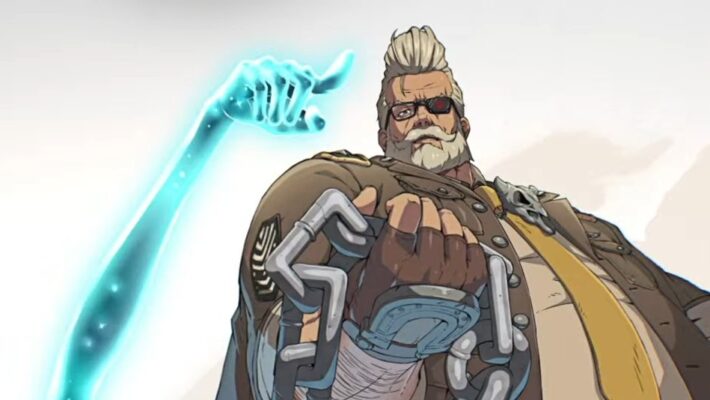 Arc System Works announced the first Guilty Gear Strive Season Pass 1 DLC character. It is someone who isn’t exactly new to the series. People keeping up with the lore might have heard of him. However, he will be playable for the first time. Goldlewis Dickenson will join the cast of Guilty Gear Strive on July 27, 2021 for season pass owners and on July 30, 2021 for everyone else.

Here’s the first trailer introducing Goldlewis Dickenson in Guilty Gear Strive. It refers to the DLC character as the Secretary of Absolute Defense. He attacks opponents with a coffin, which appears to have “somebody” inside of it. The video offers some story clips of Goldlewis and in-battle footage.

After he has his moment, the trailer shows the rest of the roadmap for the Guilty Gear Strive Season Pass 1 DLC. The next DLC character will appear sometime in August 2021. Then, there will be one final 2021 character after that. The next two playable characters, the two new Battle Stages, and the Another Story additional Another Story will drop in 2022.

Guilty Gear Strive is available for the PS4, PS5, and PC. Goldlewis Dickenson will be the first Guilty Gear Strive Season Pass 1 DLC character when he debuts on July 30, 2021. People who have the pass get early access to him on July 27, 2021.