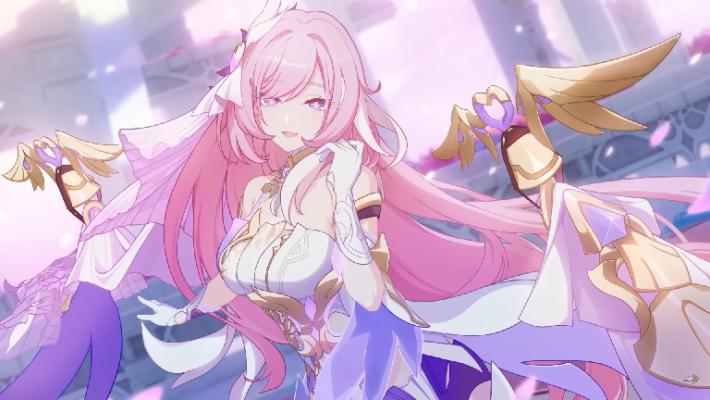 HoYoVerse has released a trailer for the Herrscher of Human: Ego battlesuit that will appear in Honkai Impact 3rd for Elysia. The video is available in Chinese, but with subtitles in multiple languages. The video is over eight minutes long and mostly focuses on how the development team approached designing the outfit. There are some spoilers for Honkai Imapct 3rd in regards to Elysia.

Part of the process involved deciding what concepts would go into the battlesuit, as the team wanted to give Elysia all of the things that made humanity beautiful. This would then turn her into a symbol of beauty as well. The Herrscher of Human: Ego suit will represent what Elysia’s true self is, as opposed to when she was restrained.

After she enters Herrscher form, the design represents her divinity through elements such as flowers in her eyes. Her veil also looks like wings, and she moves like how a mermaid swims. According to the design team, her animations will look like what happened was not a battle, but rather a dance.

The full trailer for the Herrscher of Human: Ego battlesuit is here:

Elysia first appeared in the Elysian Realm game mode in 2021. She was also the star of the “Because of You” Honkai Impact anime short. The development team reiterates multiple times that it wishes to capture Elysia’s beauty and share it with the world.

Honkai Impact 3rd is available on mobile devices and Windows PC, and the S-rank battlesuit Herrscher of Human: Ego will debut in Version 6.0.