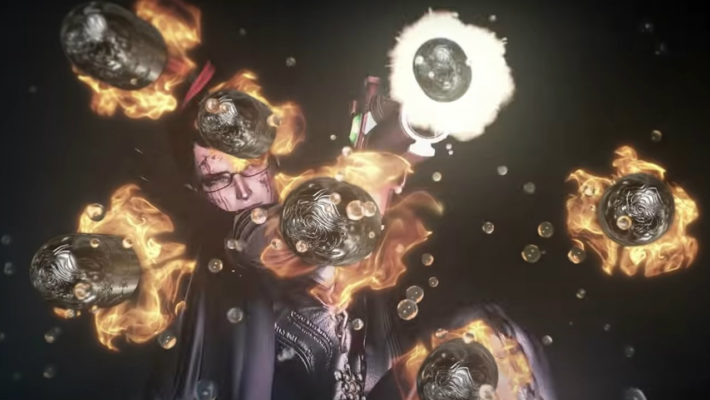 During a new interview with Video Games Chronicle, Bayonetta 3 Director and Writer Hideki Kamiya took a moment to confirm the obvious. No, the Nintendo Switch game isn’t canceled. It is still in development.

The question came up during the interview when VGC’s Andy Robinson asked Kamiya if he was “bored” about being asked about a potential cancellation. Kamiya then offered the following response.

I’m happy that there’s still anticipation for the title, but one thing I would like to address is the trend I’m seeing which is people who are starting to ask if the game has been cancelled. I want you guys to take any concerns you have like that and throw them out the window immediately because we’re still hard at work on it and it hasn’t been cancelled by any means.

So far, all that has been seen of Bayonetta 3 is a 53-second long trailer. Then-Nintendo of America President Reggie Fils-Aime announced it at The Game Awards 2017. It hasn’t made a public appearance since, though PlatinumGames has continued talking about it. It went through a “change in design process” back in May 2019. In February 2020, both Kamiya and Platinum founder Atsushi Inaba told Famitsu development was “progressing smoothly.”

In case you had forgotten how it looked, here is the lone Bayonetta 3 trailer.

Bayonetta 3 is in development for the Nintendo Switch.