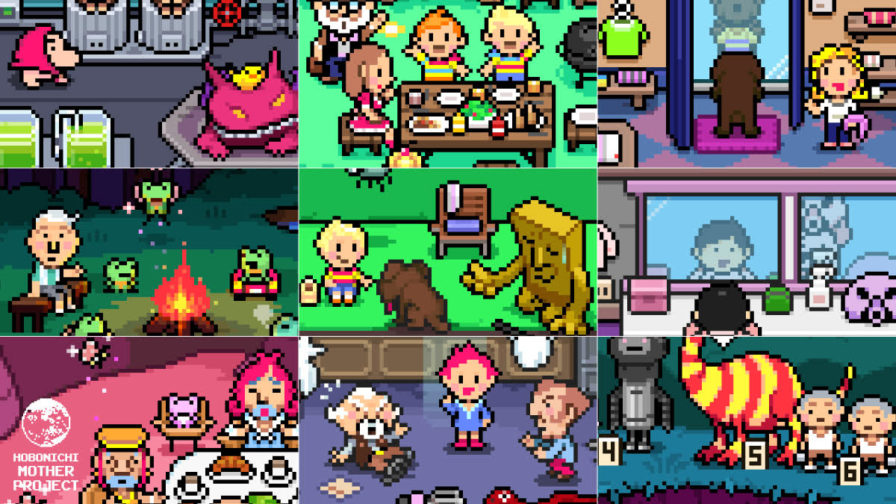 The artwork was posted via the Hobonichi MOTHER Project Twitter account, split into three individual posts. Each illustration was created with the concept of what MOTHER 3 would look like if it was a movie. A total of nine images, along with their respective titles were posted, featuring iconic characters and scenes from the game.

Imagawa himself retweeted the post, stating, “I feel truly blessed that I was involved in MOTHER 3, which is loved by many people even today…I still have many scenes that I would like to draw…☺︎”

One image reimagines the battle screen as if it was filmed in a studio, complete with greenscreens and a hanging Firefly. Another image shows a team of Pigmasks with their helmets off, relaxing in a dressing room behind the scenes. Other notable mentions include a gathering of Save Frogs, and a pleasant barbeque featuring Lucas and his family.

You can check out the MOTHER 3 Anniversary Art by Hobonichi below:

Behind the Scenes Battle Screen

Gathering of Save Frogs

Finally, Hobonichi also announced that it is planning on selling two new MOTHER 3-themed hand towels. The towels will go on sale from June 2021. The hand towels feature pixel art of Lucas, Claus and Boney, as well as Kumatora, Duster, and Salsa. Back in October 2020, Mr. Saturn and Master Belch plushies also released. Hobonichi was also in charge of editing the Ask Iwata book, which was translated into English by Viz Media.