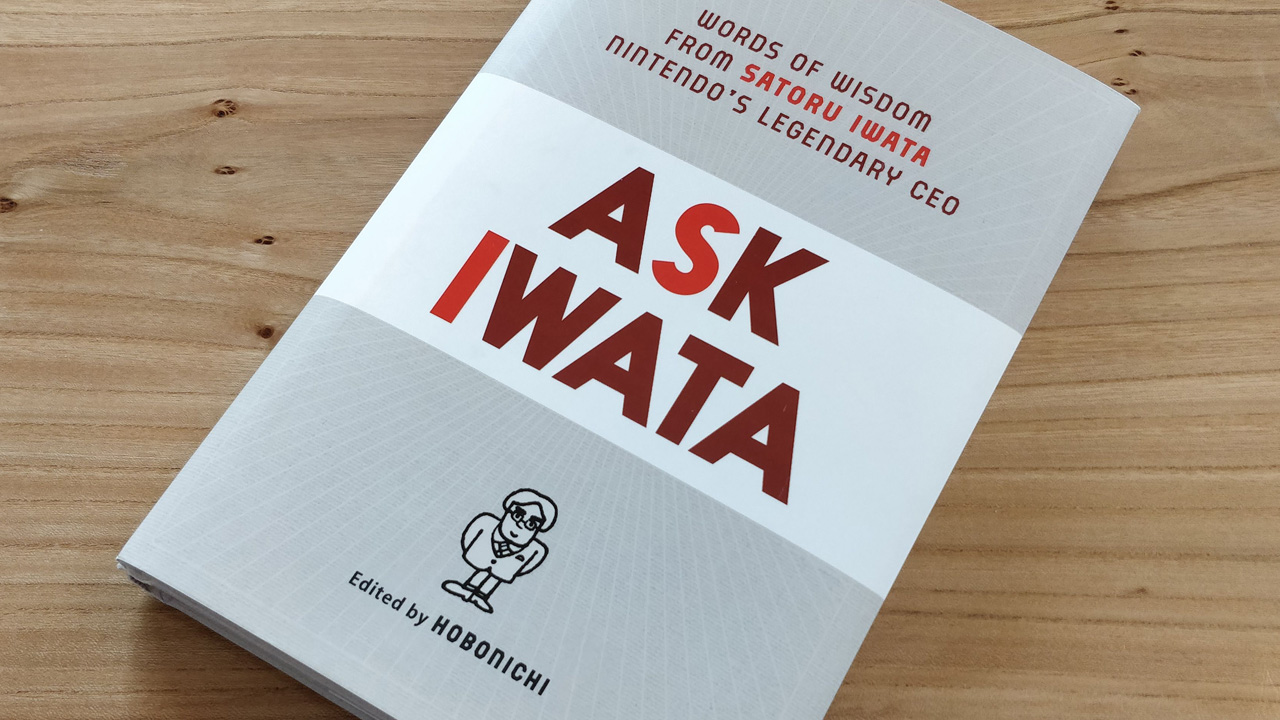 Ask Iwata, the newly-translated release from Viz, compiles writings and thoughts from former Nintendo CEO Satoru Iwata before his death in 2015. It’s an intimate sort of book, full of quiet thoughts and off-the-cuff observations. Its very nature makes it read much differently from other memoirs and compilations. Still, its value is clear.

Those expecting Ask Iwata to include lots of inside stories at Nintendo might end up disappointed. Iwata was a very reserved sort of person, and he wasn’t the type to divulge company secrets. Instead, this book is full of what Iwata thought would be helpful anecdotes and observations. Most of the content of Ask Iwata has been drawn from his writings for the publication of his friend and colleague, EarthBound creator Shigesato Itoi. Iwata mostly used examples of his earlier career, too. You can tell that he was careful about the things he said about anything Nintendo was actively developing. Still, there are a few interesting pieces, both in his columns and the brief excerpts included from his Iwata Asks interview series. (Like the Wii asking you to take a break so much? You can hold EarthBound’s calls from Dad directly responsible.)

Through these pieces, he was never a braggart or out to tell a good story. He shared thoughts about management concepts he’d found to work well. He talked about the process of problem-solving, a skill at which many knew Iwata to be quite adept. (After all, people know him for saving the development of EarthBound! And pulling HAL Laboratory out of massive debt! And also allowing Pokemon Gold & Silver to include two full regions.)

The writing in Ask Iwata, shared as a series of digestible sections, shows a lot of vulnerability and insecurity. That sort of thing is in all of us, but it’s rarely expressed by a sitting CEO about his own decisions. Iwata could do this, possibly, because of the clear track record of success he’d shown. But it’s refreshing! And we wish we saw it from executives more often. Still, if you’re the sort of person who’s “into leadership” and seeks out writings to better your own skill set, you’ll find some interesting passages here. 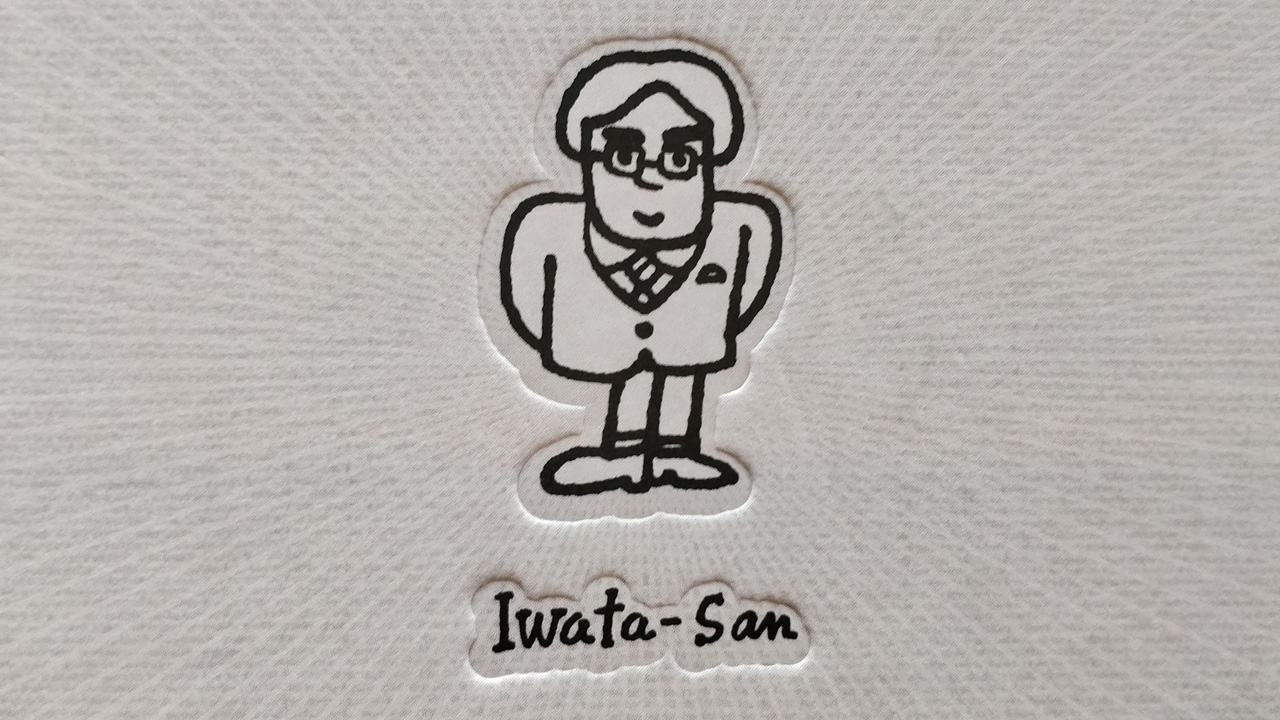 Iwata clearly had two major friendships that defined his career, and he talks about both of them a lot in this book. He had a close relationship with Itoi, and it’s unsurprising that he’d bring him up so much when visiting his online magazine and contributing a column. Regardless, it’s clear that the two really enjoyed working with each other. Iwata’s friendship with Shigeru Miyamoto, on the other hand, was a bit different. Iwata was an admirer of Miyamoto and a gleeful champion of his ideas and creativity. Miyamoto felt similarly about Iwata’s programming expertise. In a late section of this book, both Itoi and Miyamoto also write about their memories of Iwata, allowing readers a fuller picture of the three creators.

Ask Iwata, known as Iwata-san in Japan, was a very different sort of product in that context. After all, these writings were publicly available online! So it was more about making a respectful tribute and packaging it with care. In the West, we get the benefit of that care, but there’s added value to seeing these columns translated for the first time.

Translator Sam Bett appears to have used a very light brush, doing everything possible to preserve the cadence and tone of the original. That makes sense for a collection like this! It’s sensitive and meant to be personal. Still, it also means that you’ll encounter some parts that feel stilted and meandering in a way that it wasn’t in its native Japanese. It was likely the right choice here, but it’s good to be mentally prepared to handle those sections.

Above all, Ask Iwata makes us miss a man who cared so much and took so little credit. He had an inquisitive mind, and a desire to see others succeed. The back cover of this Viz edition features what might be Iwata’s most famous English quote: “in my heart, I am a gamer.” But this rather corny intro to a GDC talk doesn’t really address Iwata’s true heart. This book shows he was a coder through and through. And he was always seeking to use this programmatic mindset to make the lives of everyone he touched better.

Ask Iwata is available now at most major booksellers. Authors include Satoru Iwata, Shigeru Miyamoto and Shigesato Itoi. Hobonichi compiled and edited the writings, and Sam Bett translated them. Viz Media is the publisher of the English edition. Translations into other languages are also in the works.