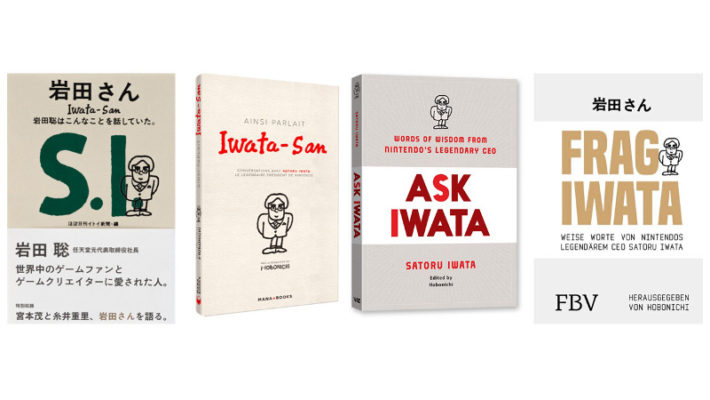 Hobonichi announced that the Iwata-San book, also known as Ask Iwata, will be released in 10 languages outside of Japan. Other than English, the book is also being translated into French, German, Spanish, Italian, Hungarian, Russian, Korean, Traditional Chinese, and Simplified Chinese. [Thanks, 4Gamer!]

According to the Japanese press release, the French translation will release earlier than the English version on April 1, 2021. The German edition will be available on April 20, 2021. The Simplified Chinese and Spanish books will be out in Summer and Fall 2021, respectively.

Previously in August 2019, Hobonichi posted a notice confirming that Iwata-San would be translated to various languages. However, it did not specify any languages other than English and Chinese. In January 2021, Viz Media confirmed that it will release English copies of the book on April 13, 2021.

Iwata-san was first published by Hobonichi in Japan in July 2019. The publishing company is run by Shigesato Itoi, who is known for creating the Mother series. It compiled quotes from the late Nintendo CEO Satoru Iwata, who died of bile duct cancer in July 2015. It also included Iwata’s lines from Iwata Asks, a series of interviews with game developers conducted by the late CEO himself. The first three chapters of the original Japanese book are available to read on Hobonichi’s 1101.com website.

The English release of Ask Iwata will be available on April 13, 2021.