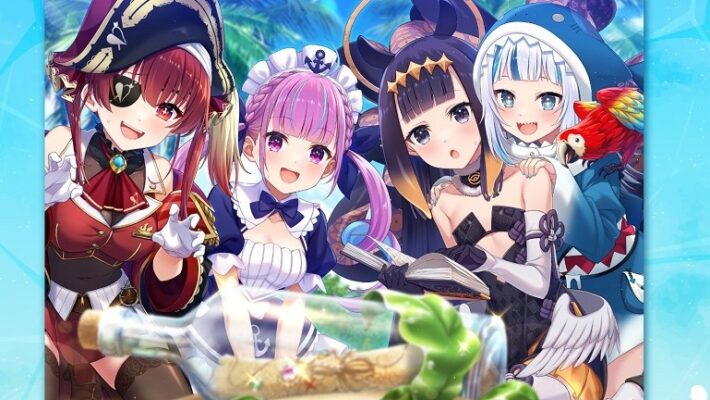 In commemoration of its formation and the release of its new single, Hololive started selling merchandise of the VTuber unit UMISEA. UMISEA and its merchandise consists of Minato Aqua, Houshou Marine, Ninomae Ina’nis, and Gawr Gura. These items are available from October 15, 2021 to November 15, 2021 from the official Hololive website.

There are two kinds of goods that you are able to buy. The first is a B2 tapestry depicting the girls on what appears to be an island, looking at a message in the bottle. The second is an acrylic key chain of the UMISEA girls. The girls are posing like they do on the cover of their single “Domination! All the World is an Ocean.” The items will ship out some time between mid-February 2022 and mid-March 2022. The tapestry costs 3,000 JPY (approximately $26.25) whereas the key chain costs 1,000 JPY ($8.75). 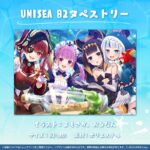 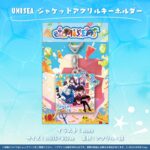 “Domination! All the World is an Ocean” came out in mid-September 2021. There is also a music video on YouTube, and it is on streaming services such as Spotify. All four Hololive VTubers in UMISEA have some relation with water. For example, Minato Aqua is a marine-themed maid, while Ninomae Ina’nis is an octopus.

The Hololive UMISEA tapestry and acrylic keychain merchandise featuring Houshou Marine and Gawr Gura are available for purchase until November 15, 2021. They will ship out from Japan.