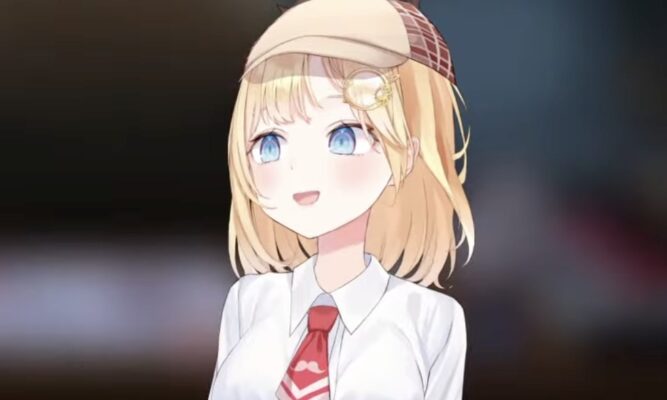 During the Paladins Absolution Update Show on October 13, 2021, Evil Mojo and Hi-Rez announced that Hololive Vtuber Amelia Watson will get her own Announcer Pack in-game. This will be a free incentive. People will be able to earn it by playing.

The Amelia Watson Hololive Paladins announcer pack is designed both to celebrate the launch of the new patch and the VTuber hitting 1.5 million subscribers. A few of the voiced lines appeared at the 28 minute mark during the presentation. Some of her declarations include, “11 in a row,” “And so it begins” “Epic” and “Capture point has spawned.”

Here’s a closer look at the clip.

The patch notes clarified how to get the pack. To earn the Amelia Watson Paladins pack, someone only has to participate in five rounds. It doesn’t matter if you win or lose.

This is the second recent reveal of a Hololive VTuber appearing in a game the streamer is known for. For example, Mio Ookami will appear in Earth Defense Force 6. She will show up as DLC. However, it is unknown what her add-on will entail.

Paladins is available on the Nintendo Switch, PlayStation 4, Xbox One, and PC, and is about to get its Absolution update.