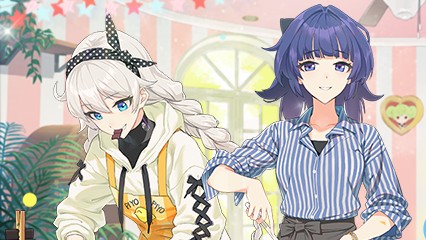 Honkai Impact 3rd is celebrating its 4th anniversary in 2021. This means various sorts of events. The latest one is a contest. MiHoYo asked people to make food from Honkai Impact 3rd Cooking with Valkyries in order to earn in-game and real world items. Submissions are open until October 29, 2021. People will find out who won on November 8, 2021. 66 people will win larger prizes, while everyone who helps vote will get a 4th-Anniversary HoYoLAB Frame.

Here’s how the Honkai Impact 3rd Cooking with Valkyries 4th anniversary event will work. To enter, people must cook one of the foods that appeared in the show. Then, they must send in a photo of video of the finished dish by October 29, 2021. Between October 30, 2021 and November 1, 2021, people will vote on the submissions. (To earn the frame, someone would have to cast 10 votes during that period.) There will then be a review until November 6, 2021, with winners announced on November 8, 2021.

The Cooking with Valkyries Honkai Impact 3rd series is a slice-of-life show. People see the heroines from the series in a more relaxed setting. Each episode also has a featured food appear in it. There are two seasons so far. In addition to Chinese, there is a Japanese dub for season one and season two. (They all have English subtitles available.) There is also a manga, which is available in English.

Honkai Impact 3rd is available on the PC and Android and Apple iOS devices. The em>Honkai Impact 3rd Cooking with Valkyries 4th anniversary contest entries are open until October 29, 2021, with voting beginning the following day.