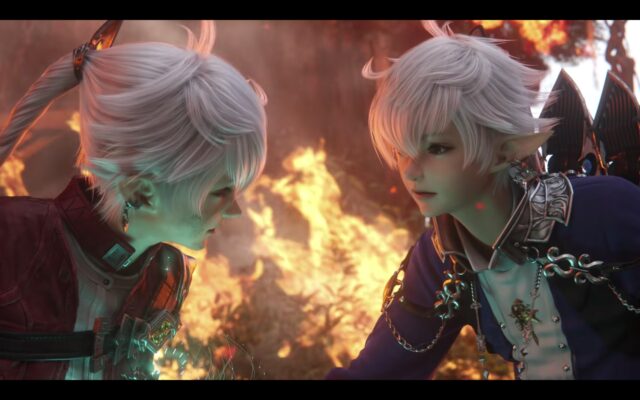 Part of what helps people connect to Final Fantasy XIV and its story is its cast of voice actors. Over the years, players walked and fought side-by-side with these characters. Now more than ever, perhaps, with Shadowbringers‘ Trust system letting you run dungeons with them. To help better understand what goes into playing these FFXIV characters, Siliconera spoke with the voice actors for Alisaie, Alphinaud, Estinien, Thancred, Urianger, and Y’shtola in the MMORPG. 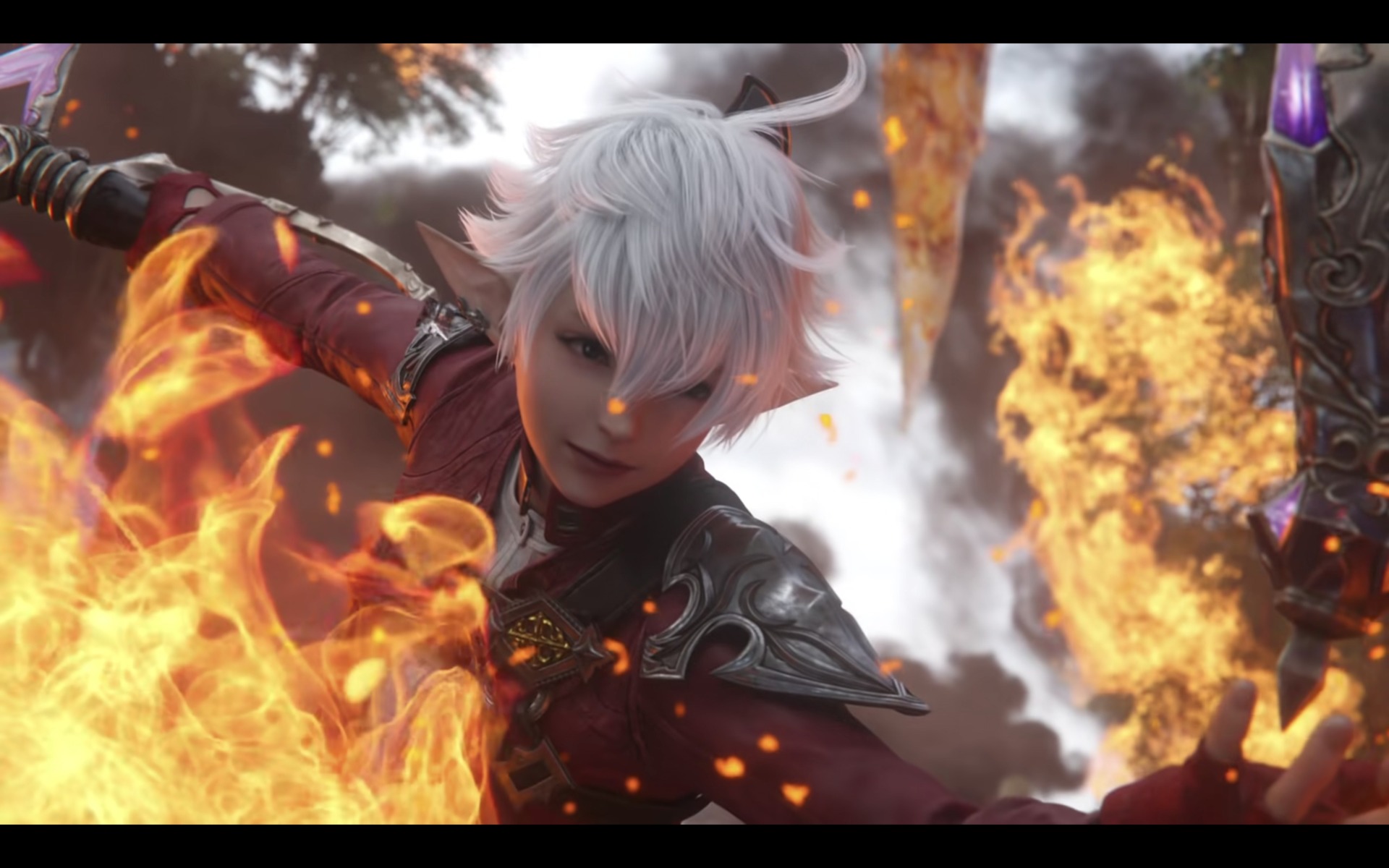 Jenni Lada, Siliconera: Given Alisaie and Alphinaud’s relationship, backstory, and personalities, how do each others’ performances and storylines shape your own roles and performances throughout FFXIV?

Bethan Walker: Colin is a phenomenal actor. I have learned so much listening to him over the years, in Final Fantasy and many other works. What he brings to Alphinaud is so unique and so very impressive. He works with such sensitivity, humour and heart. I often get to listen to a few of his lines if I am about to record a scene and it’s like he is there in the room with me. I feel as if what he brings colours my performance so much, it enriches it. One day, we will meet and that will be a very special moment for us both I am sure.

Colin Ryan: Voice acting is a funny thing. The reality of it is that you’re in a booth on your own. Some may be surprised to hear that Bethan and I haven’t actually met! Saying that, throughout the recording process, if Bethan has been in the studio before me I’m able to use the lines she’s recorded to cue me in and to bounce off, which is a godsend for a voice actor, otherwise you’re having to create the other person’s performance in your head to anticipate how you’ll respond. So over the years I’ve certainly got to know Alisaie through Bethan’s wonderful voice work and it has certainly helped in forging this pivotal relationship.

Walker: I think probably the scene with Fourchenault. It was such a uniting moment for the twins as painful as it was. They really are flesh and blood and need each other so badly, though they may not always admit it. It was such a raw painful moment that only they could understand. 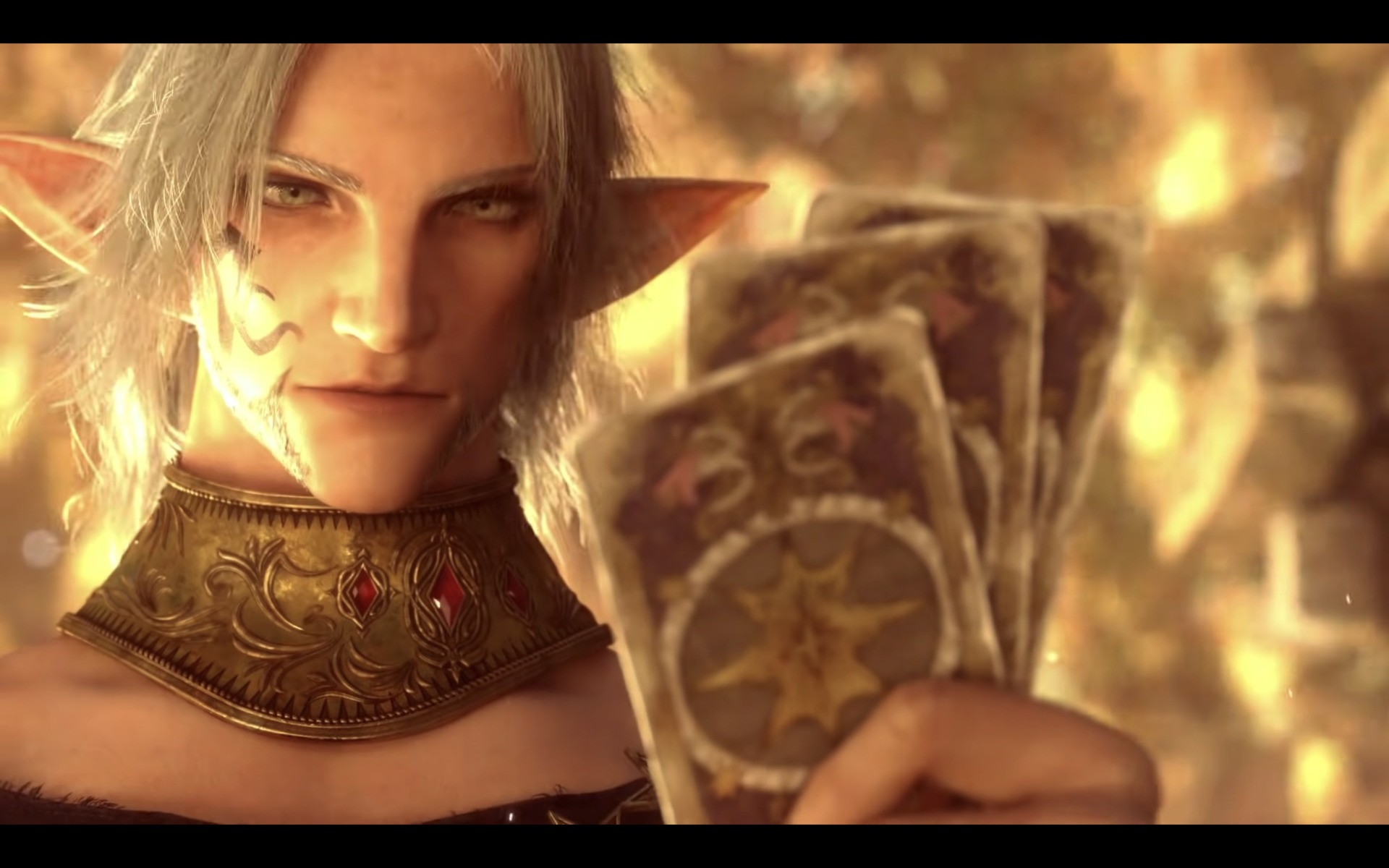 Lada: Urianger’s and the Scions’ story in FFXIV has been getting to something of a critical point since 5.2. When were you first made aware of the direction and how did you use that to influence your performance?

Timothy Watson: Such is the nature of recording these days, that I’ve learnt about each and every twist and turn of the story when the script arrives–usually on, or just before, the day of recording. My job is to meet the demands of every session and to play what’s written.

Hashimoto: Urianger was previously a fairly mysterious character, with little known about him. In Shadowbringers, however, we get to spend more time with him as a player. What was one of your favorite moments when acting as a voice actor for the character in Shadowbringers?

Watson: Occasionally Urianger has an extended passage of prose where he describes events he’s experienced (or prophesied) “off-camera.” I remember one such from Shadowbringers, perhaps to Thancred. His detailed and poetic style of delivery really comes into its own in these moments, and are particularly rewarding from a voice-actor’s perspective. 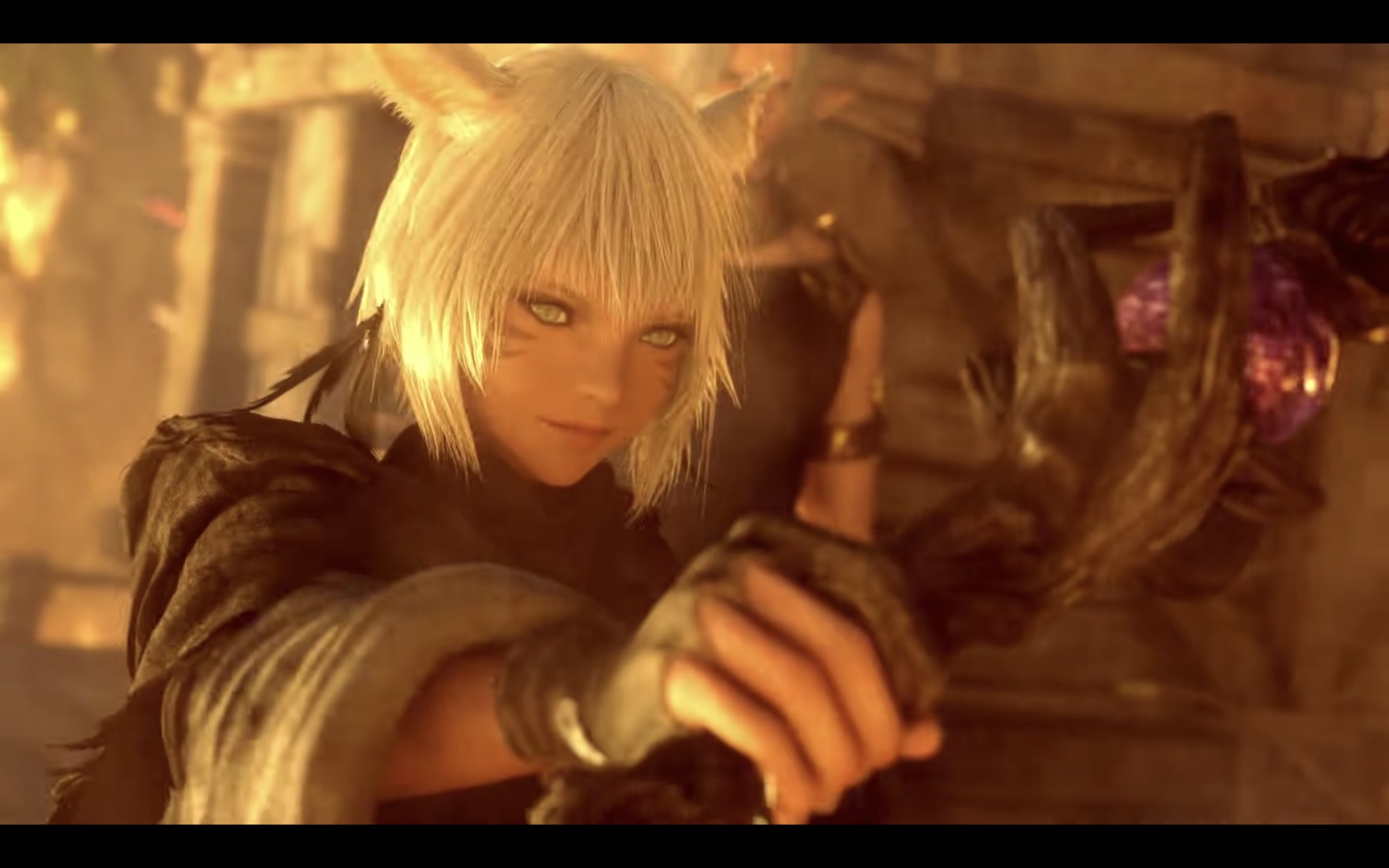 Lada: In FFXIV, Y’shtola’s always been known for her determination and passion even if it puts herself at risk. How have you tried to incorporate that into your performances over the years and how have you noticed her change?

Robyn Addison: The writers have always given me such brilliant material to work with when voicing Y’shtola and along the way I’ve tried to bring as much warmth and affection that I have for the character into my performance. I think she has grown slightly more vulnerable over the years and I enjoy seeing the lighter or less certain side of her.

Hashimoto: A favorite moment among FFXIV fans involves a scene between Y’shtola and Magnai at the Azim Steppe where she says one of her most memorable quips. Did you have any input regarding some of Y’shtola’s dialogue or were any lines ad-libbed?

Addison: I would love to say that I was a queen of improv, but everything Y’shtola says has been carefully considered and wonderfully written by the writers. When the material is that good, who needs to ad-lib! 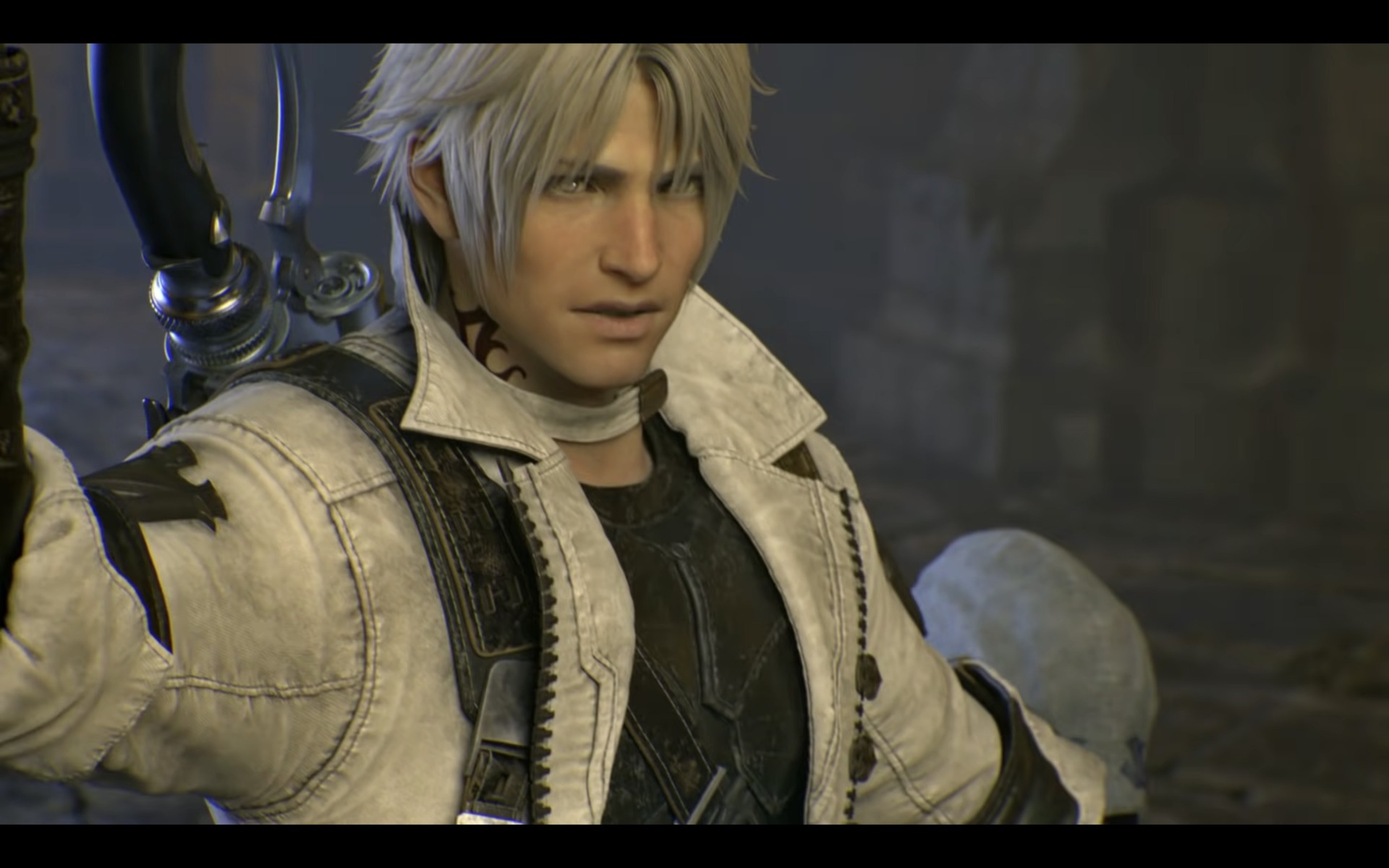 Lada: One of the highlights in Thancred’s story is getting to see his relationship develop with Ryne in each expansion and patch. What kind of challenges come when building that up over years?

Peter Bramhill: What’s been great about this relationship development is that I had no idea what was coming next, so the process of how it’s grown has felt totally organic. I will normally receive a script a day or two before a recording session which will be the first time I’ll know what’s in store for Thancred. Getting to voice him as he goes through a more emotionally complex journey has been a great addition to the character. It has allowed me to use a more introspective and vulnerable side to him that he has kept well hidden behind his bravado in the past. A more paternal and mentoring side has given him much more of an A-Z style. I.E. all quips and bluster one moment and then melancholy the next, which is great fun to voice.

Another aspect of the relationship depends on the voice of Ryne, and which of us has recorded their part first. If Ryne’s voice is already recorded, I can hear her take before I respond and so match the energy or tone of her delivery and vice versa for Ryne, so hopefully between us we have created an enjoyable and believable relationship to follow, it’s crazy to think that we’ve never actually met in the real world but have been through so much together in the FFXIV world!

Hashimoto: Thancred’s character has been something of a mixed bag since his re-introduction in A Realm Reborn, and then his shift in character in Heavensward to something of a “loveable rogue.” What was your approach to portraying a more hardened version of this character?

Bramhill: It’s fascinating to think about how Thancred has altered over the past few years, it’s slowly crept in as he has been put into more and more challenging situations both emotionally and physically. I guess bit by bit the burden of what he is carrying starts to bleed through into the voice, as his interior thoughts start being outwardly voiced. I’ve tried to find a more damaged and world-weary flavour, whilst also retaining that ability to snap back into the Thancred of old with his dry razor wit and coolness in the face of adversity. I sometimes feel like he’s a warrior style James Bond mash up of both Roger Moore and Daniel Craig in certain moments, but way cooler obviously! 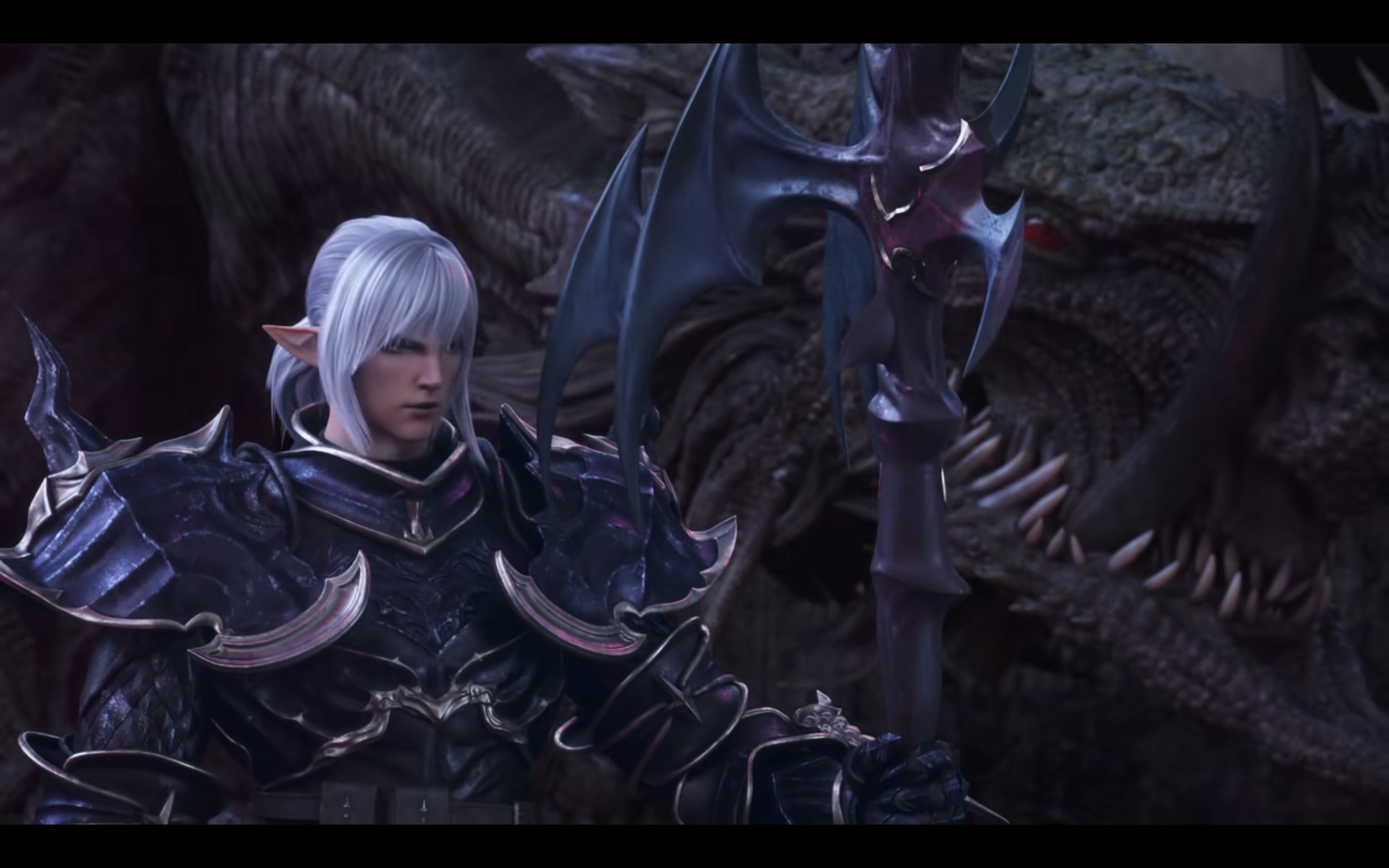 Lada: Estinien is a character who, because of his popularity, grew in prominence from his role in the original FFXIV to an increasingly important role as of Shadowbringers. How did you feel about this rise as it happened, and how has your approach changed as he gets more and more to do each expansion?

Robert Vernon: He disappeared for a while, and I started to get worried… maybe we should see his solo adventures in a spin off. Hint hint. …But seriously to have been so prominent in Heavensward and to come back around in Shadowbringers was a blessing. The lore and universe is so rich and vast that now, if you are involved or adjacent to any of the main storylines, the stakes are so high. And that is always exciting. Characters under pressure, trying to overcome the odds. I feel lucky to be associated with such a popular character in such a runaway success of a game. When you hear people say that FFXIV‘s story compares to the best of traditional, offline Final Fantasies, there is no better compliment.

Hashimoto: Did you expect Estinien to become such a fan favorite among FFXIV players? Were you familiar with the iconic imagery of the Dragoon in the franchise before you accepted the role?

Vernon: I’m not sure what I expected, to be honest. Obviously the fan base is huge… but you can never predict these things. I certainly thought he had some interesting attributes, and a healthy slice of conflict. I have played every Final Fantasy, I had all the S/NES ones for PS1 when they finally released in the UK. FFVII was my first, and Cid was always in my party. Admittedly, he doesn’t dress like a Dragoon, but he behaves like one. But FFIV‘s Kain certainly left an impression!

Final Fantasy XIV is available on the PS4, PS5, and PC. FFXIV Endwalker will appear on November 23, 2021. Those who pre-order the expansion will have access on November 19, 2021.