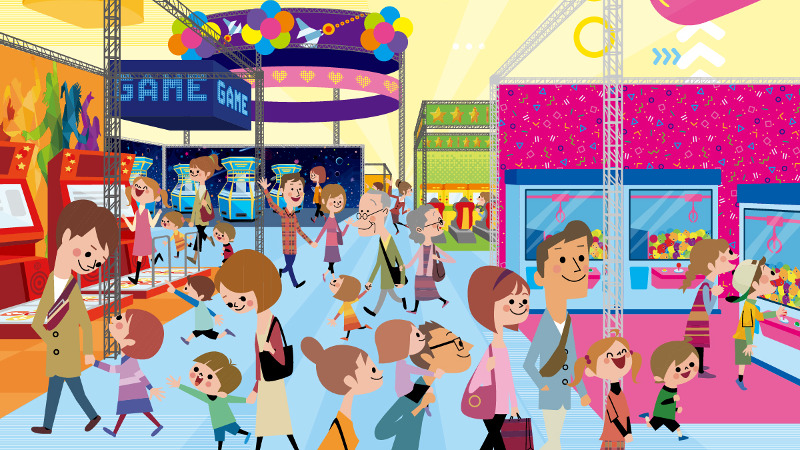 Japan Amusement Industry Association (JAIA) announced that the Japan Amusement Expo (JAEPO) 2021, originally scheduled to be held physically in February 2021, has been officially canceled. The organizer is now considering whether to hold an online business meeting session to replace the physical event or not. [Thanks, 4Gamer.]

Japan Amusement Expo is the arcade games’ equivalent to the Tokyo Game Show. A lot of new Japanese arcade games made their world premiere debuts through this event. For example, at JAEPO 2020 that was held last February, Bandai Namco revealed a new sequel to Mobile Suit Gundam: Bonds of the Battlefield. Konami unveiled Busou Shinki: Armored Princess Battle Conductor, which also marked a revival of the company’s combat figure series. Taito revealed a new Space Invaders arcade game titled Space Invaders: Counter Attack. And Sega even worked together with Dartslive to produce Ninja Trainer Arcade, a shuriken-throwing game that has also been recognized by the Japan Ninja Council.

The first page of the September 2020 issue of JAIA Press revealed more details on the cancellation of the physical JAEPO 2021. The JAIA ended up with the following four points after holding an urgent survey with the 36 companies that participated in JAEPO 2020:

The organizers at JAIA are currently considering whether to hold an online business meeting session in its place, as requested mainly by small and medium-scaled publishers in the survey. Some of the video game events that were also canceled physically in 2020 due to the pandemic, such as gamescom and Tokyo Game Show, have found successes in holding online versions of their respective events. However, as the consideration only applies to business meetings, it is yet to be known how this will impact the public reveals of new arcade games in Japan in 2021.