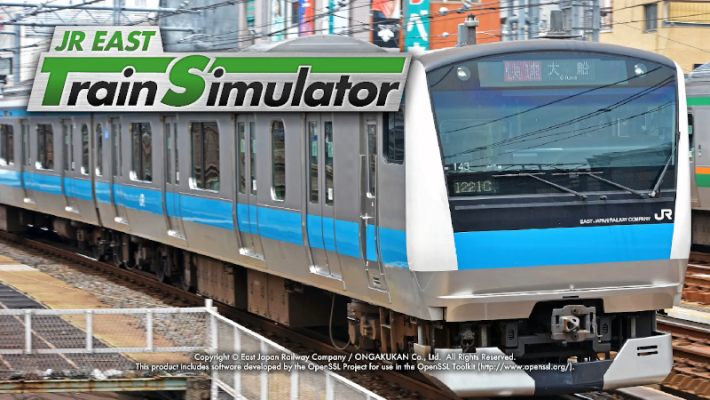 East Japan Railway Company will release a simulator game for the global public. The company behind a majority of real-life trains and railways in eastern Japan has opened a Steam page for JR East Train Simulator. It is working with Ongakukan to develop a public game based on the simulator that it has been using to train its actual crew members.

The Early Access version of JR East Train Simulator will launch with small portions of the Hachiko Line from Takasaki Station and the Keihin-Tohoku Line from Omiya Station. While both lines pass through Tokyo’s stations in real life, the earliest public build will not have them.

JR East will release the full version within three months after launching the Early Access build. The full game will support external controllers and add the ability to change routes to the driver’s liking. The company will also sell additional routes as DLC.

East Japan Railway Company is the largest among the Japan Railways Group companies that manage railways across Japan. It covers the eastern Honshu island, from Aomori at the northernmost tip to the Izu peninsula. The same company also manages railways in the Tokyo metropolitan area, including the most famous Yamanote Line loop.

The Yamanote Line has also appeared in another Japanese train simulator game, namely Taito and Square Enix’s Densha de GO! series. But while Taito has started bringing the arcade game to the English market, Square Enix has yet to release a localization for the console game that it released for PlayStation 4 and Nintendo Switch in Japan.

For another Japanese train sim available in English, people can check out Japanese Rail Sim: Journey to Kyoto on PlayStation 4, Nintendo Switch, and PC via Steam. This one covers the Eizan and Kurama Lines around Kyoto, which are outside of the scope that JR East covers.

The Early Access version of JR East Train Simulator will be available on PC via Steam on September 19, 2022. It will support English subtitles in addition to Japanese.