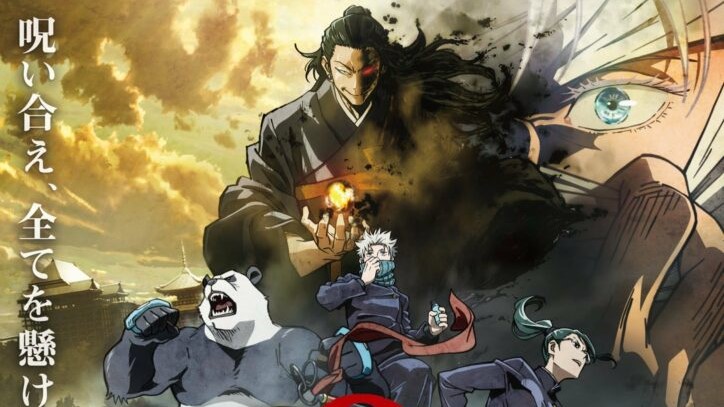 Ahead of the film’s December 24, 2021 release date in Japan, a new key visual for Jujutsu Kaisen 0 appeared. The image focuses heavily on Yuta Okkotsu, a second-year student at Jujutsu High. It also shows Rika Orimoto, Yuta’s late childhood friend who tragically lost her life and now haunts him. As previously announced, Yuta will be voiced by Megumi Ogata. Rika will be played by Kana Hanazawa.

Also visible are familiar faces from the anime series, albeit much younger. We can see Panda, Toge Inumaki, Maki Zenin Suguru Geto, and the blue eye of Satoru Gojo. The tagline reads, “Curses fly, with everything on the line.” The new film is set before the events of the anime adaptation and mainline manga series.

Based on a miniseries written by the series’ creator Gege Akutami before Jujutsu Kaisen was serialized in Shonen Jump, a recent trailer for Jujutsu Kaisen 0 noted that the prequel movie will depict the true “starting point” of the series. The prequel manga was released in English by Viz Media.

Jujutsu Kaisen 0 will hit theaters in Japan on December 24, 2021. The anime series is available to stream on Crunchyroll, Funimation, and HBO Max. There has been no official news regarding the second season of MAPPA’s anime adaptation.