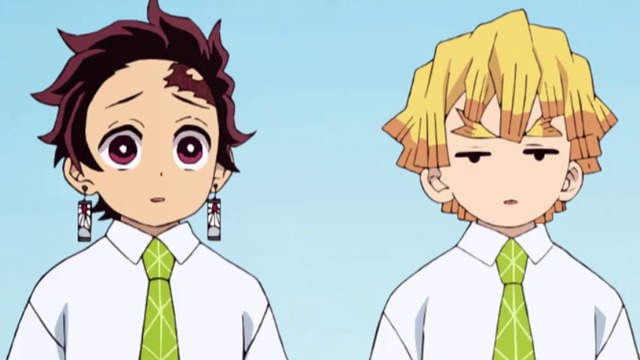 However, details regarding the inclusion of these characters have yet to be revealed in full. That includes how these characters will function in combat in comparison to their normal variants. More information regarding this will arrive in the future. This includes images and potential trailers showcasing what the Kimetsu Gakuen versions of Zenitsu, Inosuke, and Shinobu will be capable of in Demon Slayer: The Hinokami Chronicles.

Previous reveals also focused on Kimetsu Gakuen variants. This included Tanjiro Kamado, Nezuko Kamado, and Giyu Tomioka. The standard versions of these characters are also part of the roster in Demon Slayer: The Hinokami Chronicles. Additionally, Rengoku, Sabito, and Makomo from Demon Slayer: Kimetsu no Yaiba will also appear in the game. Additionally, the Hinokami Kagura version of Tanjiro is part of the roster.

Demon Slayer: Kimetsu no Yaiba The Hinokami Chronicles will come out on the PlayStation 4, PlayStation 5, Xbox One, Xbox Series X, and Windows PC in 2021 in Japan. An English release of the game is planned for 2021.