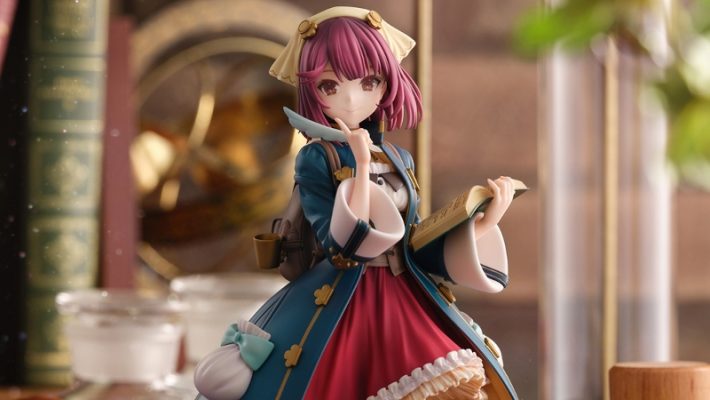 A new figure of Sophie Neuenmuller will come from the same company that published her game. Koei Tecmo has established its own figure brand named KT model+, and the first figure in the lineup will be a 1/7 scale figure of the Atelier Sophie protagonist. Pre-orders for the figure are available worldwide, courtesy of Good Smile Company.

Wonderful Works will produce the figures as it attempts to replicate NOCO’s original illustration of the character. This figure will have an overall height of approximately 225mm (~8.8 inches).

Koei Tecmo has also set up pre-orders on its Japanese web store. The regular edition will cost 33,000 yen. A limited edition costing 45,100 yen (~$314) is available exclusively on the company’s website. It will include a more elaborate diorama board, an A2-sized tapestry, and a round cushion. 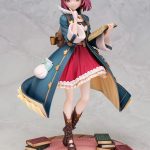 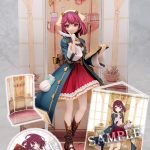 Numerous figures of Atelier series characters have appeared from prominent figure makers such as Good Smile Company and Alter. This will be the first time Koei Tecmo has produced a character figure under its own brand.

Nevertheless, Good Smile Company will still help Koei Tecmo distribute the regular edition of this Sophie figure worldwide. Pre-orders for the figure are available outside Japan via Good Smile’s North American and International websites at $227.99 until November 16, 2022.

Atelier Sophie: The Alchemist of the Mysterious Book is currently available in a new Deluxe Edition on PlayStation 4, Nintendo Switch, and PC. The KT model+ figure of the title’s protagonist, Sophie Neuenmuller, will release in October 2023 in Japan and December 2023 in North America.