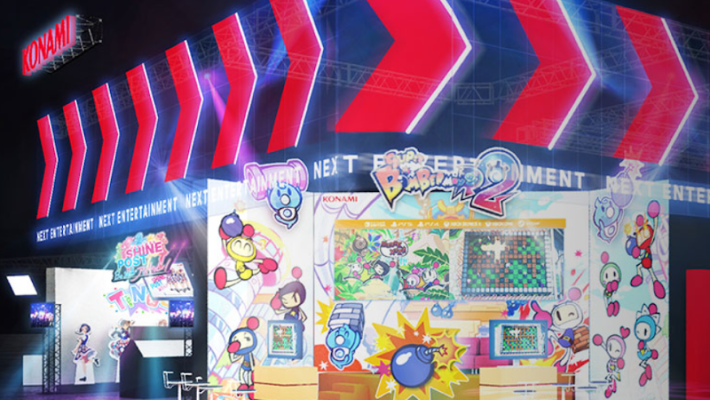 Konami will have a large presence at Tokyo Game Show 2022. The company has published a webpage detailing its appearance at the annual Japanese gaming event. The Konami booth at TGS 2022 will have many demos from both inside and outside the company. One of the examples of the latter will be Nihon Falcom’s The Legend of Heroes: Kuro no Kiseki II.

The company will also hold multiple events at its booth. One of the most notable ones will be the revelation of a new title on September 16, 2022, at 15:30 JST. Voice actor Yuki Kaji will also attend this event, but Konami has yet to confirm whether it will hold a live stream for this announcement.

Just like Sega, Konami’s TGS 2022 booth will also feature demos of games from other partner companies. Also included in the list will be two games from Indonesian developers, of which Chorus Worldwide will help with the Japanese localization.

Nihon Falcom’s cooperation with Konami in regards to Tokyo Game Show has gone on for a long time. Konami’s booth in previous TGS years had often featured demos of Falcom’s titles, such as the Trails of Cold Steel series. This will not be the first time for the Falcom jdk Band to hold a live concert at the booth either. The band had also performed in previous years, with the archives available on Konami’s YouTube channel as early as 2014.