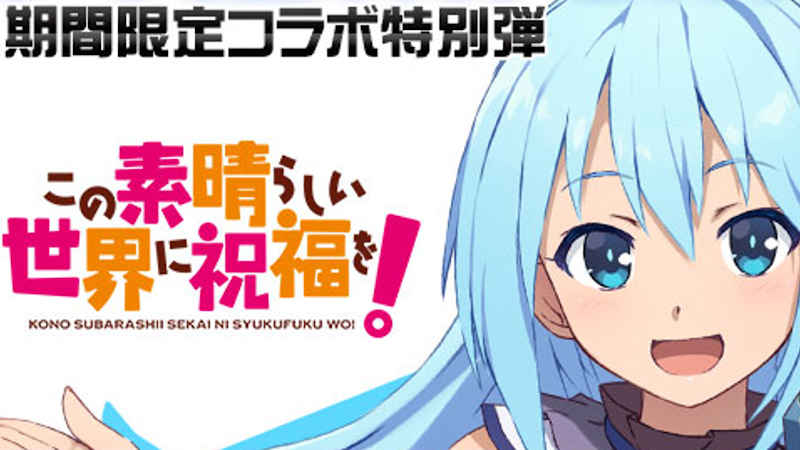 Aqua, one of the main characters in KonoSuba: God’s Blessing on This Wonderful World, is making her appearance on the arcade rhythm game Sound Voltex. Konami revealed that it has added Aqua-related content for Sound Voltex: Exceed Gear that players can unlock for a limited time. The company has also added the anime show’s first opening theme, “fantastic dreamer,” as a playable song.

Players in Japan can access the Premium Generator to purchase in-game content related to Aqua. The main highlight is Aqua’s appearance as a Nemsys Crew that will greet the player in the game’s menus. The lineup also includes 10 Voiced Stamps and 20 Slide Show Touch Panels based on Aqua’s famous pictures.

While Sound Voltex is also available in several other countries, the announcement has a fine print notifying players that content related to KonoSuba‘s Aqua will be available exclusively in Japan.

Sound Voltex is an arcade rhythm game with additional mixing effects from knob and button inputs. Konami has been regularly holding public contests to add user-submitted songs to the game series. The company also occasionally adds tracks from other IPs, such as Toby Fox’s Undertale.

Sound Voltex: Exceed Gear is available in arcades and on PCs via Konami Amusement Game Station. Players of the arcade version in Japan have until October 16, 2022, to unlock content related to KonoSuba‘s Aqua.