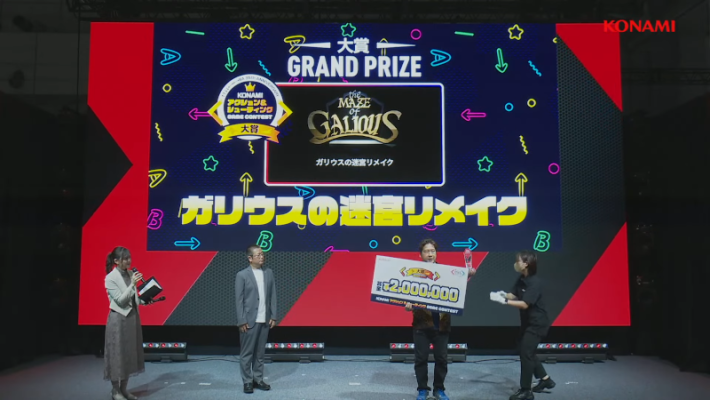 The classic game that inspired La-Mulana may receive a remake for modern platforms. Konami announced at Tokyo Game Show 2022 that the proposal for the remake of The Maze of Galious was the grand winner of its Action & Shooting Game Contest. The proposal’s submitter was none other than Takumi Naramura, the head of Nigoro and creator of the La-Mulana series himself.

Konami accepted submissions for the Action & Shooting Game Contest from September 30, 2021, to January 6, 2022. People could submit proposals to create a new game based on the company’s classic games, such as Gradius and Ganbare Goemon.

While the company would also award 57,300 yen to five other winners, it would send a formal offer to the grand prize winner in addition to 2 million yen in prize money. Following the necessary contract agreements, Konami may pledge more support to the game’s development, localization, and promotion, with additional funds of up to 30 million yen.

The fact that Takumi Naramura won the contest with the proposal brings a lot of context to the developer’s history. Naramura’s interview with Siliconera in 2019 included discussions about how The Maze of Galious served as an inspiration for La-Mulana, which came out first for PC in Japan in 2006. His company, Nigoro, later created and released the sequel, La-Mulana 2, following a successful Kickstarter campaign in 2014. Both La-Mulana titles are now available worldwide on PC, PlayStation 4, Nintendo Switch, and Xbox One.

The Maze of Galious is a classic platform adventure game where the player controls two characters—Popolon and Aphrodite—simultaneously. Each character has a different set of abilities, and the player must use both of them to traverse through the stages.

Konami released The Maze of Galious on MSX and Family Computer (NES) in 1987 in Japan. The MSX version was also available in Europe. A remake of the game may appear following Takumi Naramura’s victory in Konami’s Action & Shooting Game Contest.