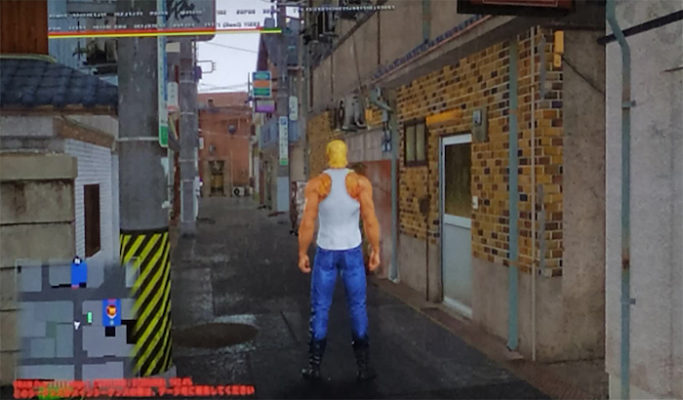 An anonymous leaker on 4chan has claimed that a spin-off game to Sega’s Yakuza series is in the works. The claim was accompanied by screenshots that purportedly depict scenes from the project, one of which also contains a user interface element that might be used for debugging. It’s worth noting that the screenshots are a bit blurry, lacking the clarity you would typically see in a screenshot of a modern game. [Thanks, AltChar!]

The leaker also made some claims about the game’s story. According to them, this entry to the Yakuza series could feature a story based on Yakuza Online, although the poster didn’t say definitively that this was the case, instead stating that this only “seemed” to be the basis for the story. Yakuza Online is a mobile game that released exclusively in Japan.

If the information in the 4chan post is accurate, then the game will allow players to control the Yakuza character Ryuji Goda who served in the role of antagonist in Yakuza 2 before becoming the main character in later entries to the series. This includes his role as protagonist in Yakuza Online, which contains a story that depicts earlier chapters from character’s life. The spin-off could also contain familiar locations from Yakuza 5 and Yakuza 6.

The claims regarding the alleged existence of a new Yakuza spin-off are unverified, and 4chan has been a source of misleading rumors in the past.

The most recent Yakuza game, Yakuza: Like a Dragon, released on November 10, 2020 on Xbox One, Xbox Series S|X, PlayStation 4, and PC. Other upcoming Yakuza releases include the Xbox One and PC versions of Yakuza Remastered Collection and Yakuza 6: The Song of Life. They will be available on January 28, 2021 and March 25, 2021 respectively.