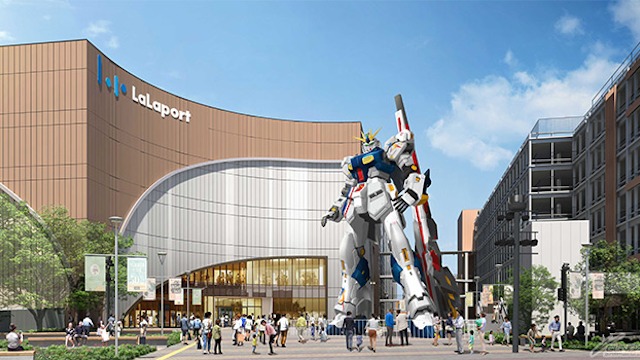 Bandai Namco and Sunrise have plans to place a new life-size statue based on the ν (Nu) Gundam from Mobile Suit Gundam: Char’s Counterattack in Spring 2022. The Nu Gundam statue will be located at Mitsui Shopping Park LaLaport in Fukuoka, Japan. The companies announced this project at the 2nd Gundam Conference held on September 15, 2021.

The Nu Gundam statue will be a variant of the Mobile Suit that originally appeared in Char’s Counterattack. The RX-93ff will have a Long-Range Fin Funnel attached to its back in place of the asymmetrical Fin Funnels. 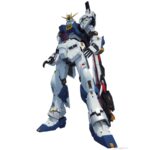 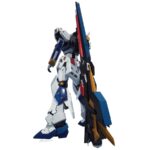 This Nu Gundam statue will be a new addition to the life-size statues of Mobile Suits from the Gundam franchise. It all started with the RX-78-2 Gundam statue in Odaiba, Tokyo, although the RX-0 Unicorn Gundam eventually replaced it. The original Gundam re-appeared as a movable robot and is currently on display at Gundam Factory Yokohama until March 31, 2022. A full-scale statue of Freedom Gundam from Mobile Suit Gundam SEED has also appeared in Shanghai, China.

Bandai Namco and Sunrise also announced many other Gundam-related projects at the conference. This includes the new TV anime show titled Witch from the Mercury and a movie adaptation of the Cucuruz Doan’s Island episode from the first Mobile Suit Gundam.

Mobile Suit Gundam: Char’s Counterattack is currently available to watch on YouTube and Netflix. The soundtrack for the movie is also immediately available on Spotify.