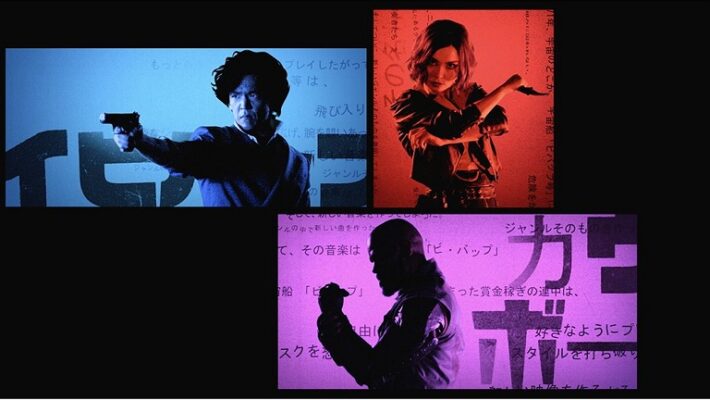 The opening credits for the upcoming Cowboy Bebop live-action Netflix adaptation is currently on Twitter via Netflix Geeked. “Tank!” by Seatbelts and Yoko Kanno remains the opening song. The sequence, which draws inspiration from multiple film and music genres, is essentially the same as the anime’s. [Thanks, NetflixGeeked!]

The Netflix opening retains the original’s jazzy music and retro action movie atmosphere. Yoko Kanno and Shinichiro Watanabe, who were respectively the composer and director of the original 1998 anime series, are working on the Cowboy Bebop Netflix adaptation. Kanno is still providing music for the show, and Watanabe is a creative consultant. The cast interview echoed this sentiment that the cast and crew are attempting to keep it true to the source.

"Cool, Lost, Hungry" are all pretty accurate when it comes to describing Spike. we asked the cast of Cowboy Bebop to interview each other about the upcoming series. #Tudum pic.twitter.com/fexhRajt01

The live-action Cowboy Bebop series will release on Netflix on November 19, 2021. The original Cowboy Bebop anime is available to stream via places like Crunchyroll, Funimation, and Hulu.