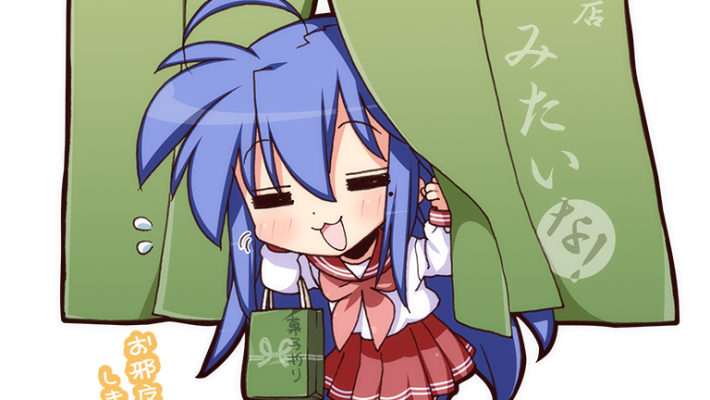 Kagami Yoshimizu will take up the pen again after eight years to continue working on the Lucky Star manga. It will appear in MITAINA!, which is a manga magazine focusing on Kantai Collection. To be more precise, the 4-koma gag manga will restart its serialization from MITAINA! Volume 3, which will come out on November 10, 2022. [Thanks, Crunchyroll!]

As for why Lucky Star will appear in a Kantai Collection magazine, it is due to the fact that Yoshimizu is a big fan of the franchise. Apparently, his favorite of the girls is Kawauchi. The news about the revival came from C2 Kikan, which is the official doujin circle creator for Kantai Collection.

Lucky Star originally appeared in magazines such as Comptiq and Shonen Ace. It is a four-panel comedy manga with no plot, and focuses on the daily lives of four high school girls. Kyoto Animation (Free!, K-On!, Sound! Euphonium) worked on its anime adaptation in 2007, and it ran for 24 episodes. There was also a drama CD, as well as four video games. It went on hiatus in May 2014 so that Yoshimizu could focus on other projects.

The Lucky Star manga will start again from MITAINA! Volume 3, which will come out on November 10, 2022 in Japan.