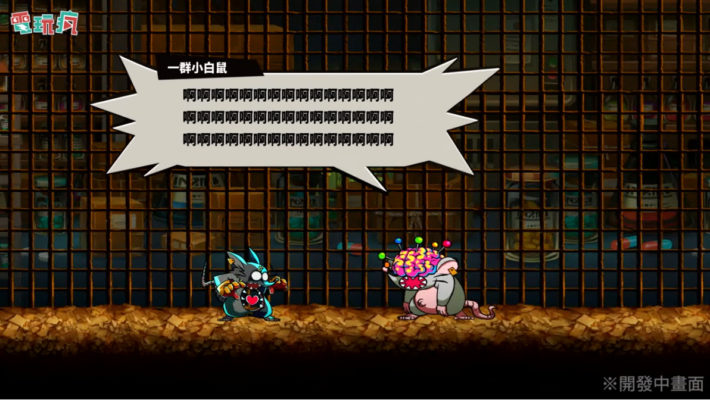 Sega will publish Nippon Ichi Software’s upcoming rhythm platformer Mad Rat Dead in Taiwan and other Asian regions. It recently held a demo event for the title, among other games. As a result, more direct footage of it has been uploaded, including a boss fight against other mice experimented on by humans. [Thanks, Bahamut!]

After Mad Rat is revived by the Goddess of Mice, he’s brought back to his former cage and finds that the other mice are acting weird. It turns out the other mice has been experimented on as well, and Mad Rat has to face off against them in a cruel twist of fate. As a reminder, Mad Rat’s goal get revenge on humans due to the cruel experiments performed on it, and seeing what happened to the other mice could steel his conviction even further.

The gameplay also showed off the game’s tutorial. It takes place in mouse heaven, which is full of cheese. It also shows off the rewind mechanic, which can be used to roll back gameplay by several beats so players can retry trying segments. While Mad Rat can be defeated in one hit, the rewind system replaces a traditional health mechanic.

Mad Rat Dead will come to the Nintendo Switch and PlayStation 4 in Japan on October 29, 2020, in North America and Europe on October 30, 2020, and in Oceania on November 6, 2020. Past gameplay looked closer at its levels.