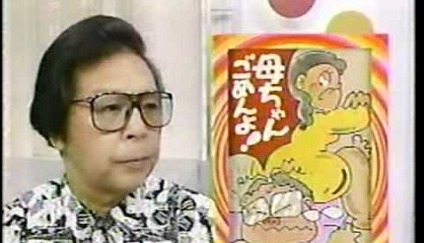 Manga creator and artist Ichiro Tominaga died on May 5, 2021 in Setagaya, Tokyo. Though the death occurred earlier this month, the news only broke on May 21. He died of natural causes at age 96. He was famous for manga such as Chinkoro Ane-chan, Sekkachi Neeya, and Ponkotsu Oyaji. [Thanks, Anime News Network!]

This is not the only loss for the manga community. Earlier this week, Kentaro Miura, the creator of Berserk, passed away from an acute aortic dissection.

Tominaga’s contemporaries noted that he had a bright and cheery personality who could turn even the saddest event into a humorous one. Despite this, he was very serious when it came to work. Tominaga won a Japan Cartoonists Association Award in 1986 and a Medal with Purple Ribbon in 1992. He received The Order of the Rising Sun, Gold Rays with Rosette in 1998. In addition, Tominaga was elected to become the honorary director of the Kibi Kawakami Fureai Manga Museum, which is located in Okayama Prefecture.

Ichiro Tominaga died at the age of 96 on May 5, 2021. He was the artist and creator of Chinkoro Ane-chan and Sekkachi Neeya.