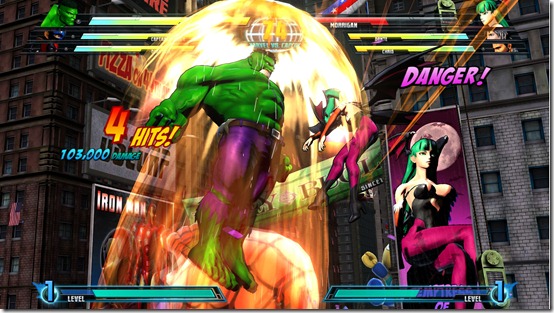 With a list of reader questions in my notebook, I met with Ryoto Niitsuma, Producer of Marvel vs. Capcom 3, at Comic-Con. I wanted to ask about characters, but Capcom is keeping the roster tight-lipped for now. So, I opened with a more general question about character selection.

The readers at Siliconera really want to know about characters, but I understand you can’t reveal the roster now. So, maybe you can tell us how you pick characters?

Ryota Niitsuma, Producer: Yeah, I get the question a lot. Because of Capcom’s experience with fighting games we tend to have an idea of what characters we want. We present Marvel with a list and then they come back to us with ‘maybe use this character instead.’ It goes back and forth like that until we get the final roster.

Will any original characters like Amigo or Ruby Heart be in the game?

How do you select the stages? 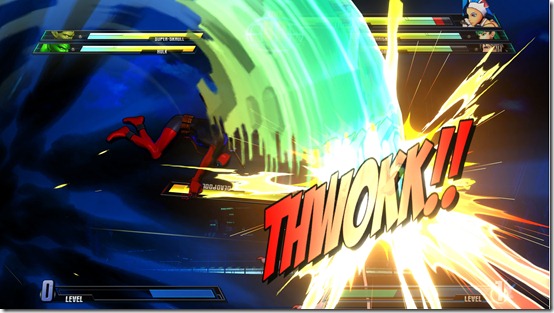 During your Comic-Con panel you touched on story mode and how characters have unique endings. Can you elaborate on this?

Each of the characters have their own specific endings we designed for them. There is a story for the whole game, but we are still refining it. So, we’re not sure how to incorporate the overall story with each character and even what kind of mode it will take in the game. We’re hoping to make an announcement about that very soon. Please stay tuned.

Can you tell us about the character unlocking system?

We’re working on that right now. We don’t want to make too many unlockable or hidden characters because it will take away from the game’s balance. Because its the type of game where you have all of these characters to choose from its more fun to be able to choose who you want to use.

I’m not going to rule out there won’t be any unlockable or secret characters, but for the most part we want players to be able to choose characters from the beginning.

Why did you add the launch button?

There are a lot other reasons why we decided to do it, but if I go into all of them we’ll be here forever. Maybe the next time we meet up we can talk about them. 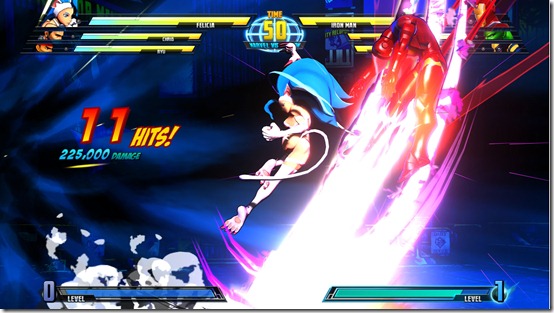 We’re working hard because we know this is the type of game you play over and over again. The more people play it the more likely they’ll find bugs and places where the game is not balanced. The team and I are working really hard to get rid of all of these issues before you guys find them.

In the event that players find bugs or discover unbalanced parts will you release a balance patch?

First, I’ll try to make sure we don’t need to do that. If a situation did arise we’ll look into trying to patch it.

Have you thought about releasing downloadable characters like BlazBlue?

I haven’t ruled out the possibility of that. It’s something I’m interested in doing, if possible. I’m looking a lot of other games and seeing how they’re dealing with the [DLC] issue itself. Once I decide on that I’ll make a decision. 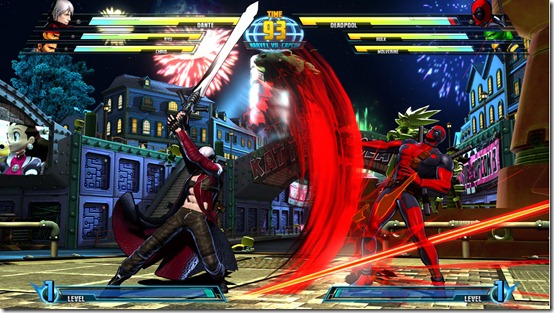 What other fighting games have you been looking at? Are there any titles, not made by Capcom, that inspired you?

I think you get inspiration from all of the games you play even though you are not aware of it. But for this game, specifically, the main inspiration is Marvel vs. Capcom 2. We made this game with our focus on that. I can’t say there is any conscious inspiration from other titles. Maybe unconsciously it slipped in, but that’s not the focus.

Going back to the characters… my readers want to know about characters from Rival Schools, Gene from God Hand, and Strider. Can you comment about any of these?

[Laughs.] Actually, I was talking about this on the Capcom U-stream today and yesterday. I kinda got in trouble for saying too much. I already said there are no Rival Schools characters in this game.

As for Gene from God Hand, I have to put those rumors to rest as well. No Gene.

As for Strider, that remains to be seen.