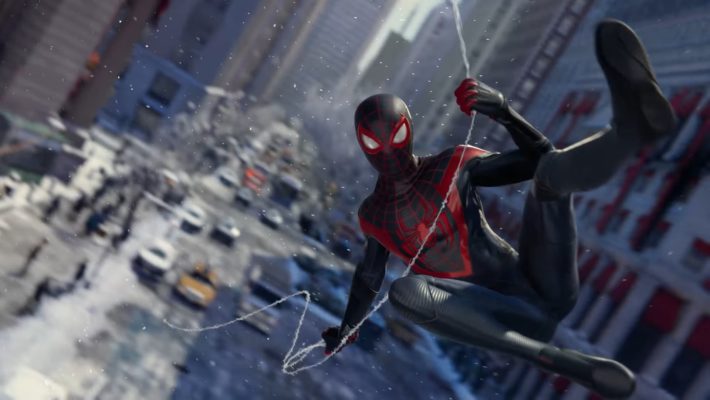 A new Spider-Man will be taking up the mask in 2020. Marvel’s Spider-Man: Miles Morales will let PlayStation 5 owners suit up this holiday season. Now, Insomniac Games has gone on to let us know a little more about what’s happening an in-game year after the events of Marvel’s Spider-Man with a PlayStation Blog update and developer video. In it, it compares this game to the Uncharted standalone expansion, which might help clarify what exactly this game is for people.

While there were some mixed messages originally, Insomniac Games confirmed that this will be a standalone adventure. In the update, it went a bit further and compared it to Uncharted: The Lost Legacy, the standalone expansion Naughty Dog released to go along with Uncharted 4: A Thief’s End.

As mentioned before, Miles’ story is his own and takes place during the Christmas season a year after the original game. Harlem has had some new enemies move in, and Miles will be responsible for restoring the peace. It will have 3D audio and near-instant loading.

To go along with the latest Marvel’s Spider-Man: Miles Morales update, there’s a whole new trailer. Horton and Senior Animator James Ham both went over some of the upcoming game elements. For example, Ham pointed out the team wanted his traversal methods and combat elements are unique. Horton elaborated by pointing out Miles’ Bio Electricity and Invisibility abilities.