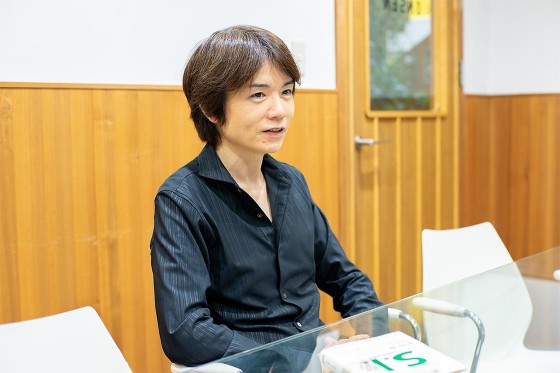 Last year, when Super Smash Bros. Ultimate director Masahiro Sakurai went to receive the five awards for the game at Japan’s Game Awards, he mentioned that making the game was the final mission given to him by late Nintendo president Satoru Iwata. In a recently-published interview with Shigesato Itoi’s company Hobonichi, who published a book on Iwata that will be published in various languages, Sakurai talks more about what he meant, and if he knows what’s next in terms of ‘his next mission’.

Do you remember how you processed his passing?

Masahiro Sakurai, director: “Before I took the phone call, I felt sluggish for some reason. Like my body felt heavy…

When my grandfather and grandmother passed, I had the same feeling. Like ‘I feel sluggish today’, and then finding out they passed away. Something like that happened, and for some reason, a similar thing occurred. Although I’m not one to talk about spiritual things. I wonder if I had a feeling…

But I decided that either way, I’d finish the Smash Bros. project. That was the best way I could make it up to Iwata-san, I felt.”

Sakurai: “So Super Smash Bros. Ultimate released, right? In fact, that was the final mission given to me by Iwata-san. That game sold that much not just in Japan but overseas as well, and became the highest-selling title in 2018 in Japan. People all around enjoyed the game, and it brought around the best results, and I feel thankful for this.”

So you were talking with Iwata-san up to the Switch version of Smash Bros., I see.

Sakurai: “When I was making Super Smash Bros. for, the topic of making a Switch version of Smash Bros. naturally came up. We’d bring along the same development team, and create a definitive Smash Bros. game that took the best points of the handheld and console titles.”

And so, for your mission after this, will you be deciding that for yourself, Sakurai-san?