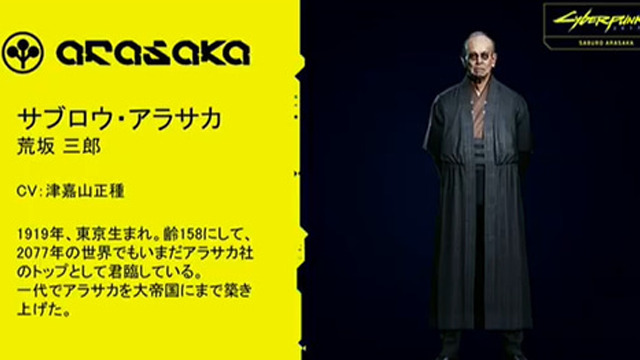 Masane Tsukayama will provide the voice for Arasaka Corporation leader, Saburo Arasaka, in Cyberpunk 2077. During a Tokyo Game Show 2020 presentation, the key visual for Saburo Arasaka was shared for the first time. It was also mentioned that Arasaka will only speak Japanese throughout the entirety of the game in all regions. This means that Tsukayama will be the only voice actor for this particular character. [Thanks, Game Watch!]

You can take a look at the newly revealed key visual for Saburo Arasaka below. 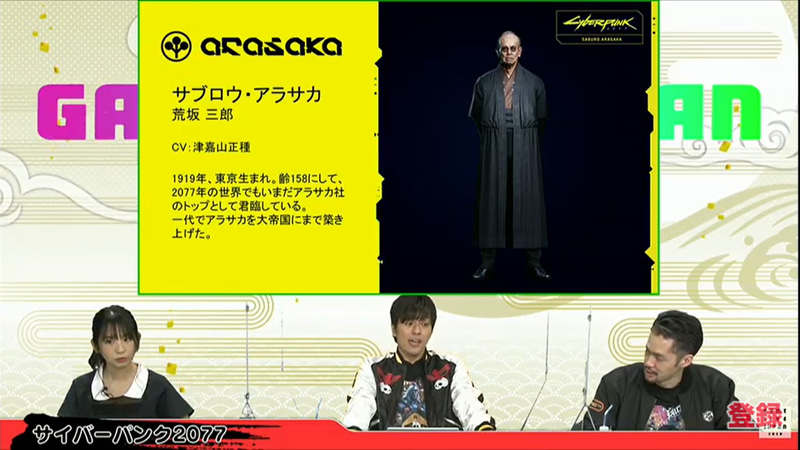 Outside of lending his voice acting talents to Cyberpunk 2077, Masane Tsukayama has voiced a plethora of characters in other series and franchises. Most notably, Tsukayama provided the voice for Zoken Mato from the Fate series and Gol D. Roger from One Piece following the passing of Chikao Ohtsuka.

One of the possible “lifepaths” in Cyberpunk 2077 includes the Corpo origin, which involves the Arasaka Corporation to some degree. This faction was formally introduced during that specific Night City Wire video. Recent presentations have included an introduction to the various gangs that populate Night City.

Cyberpunk 2077 will launch on November 19, 2020 on the PlayStation 4, Xbox One, and PC. PlayStation 5, Xbox Series X, and Stadia versions are also on the way.