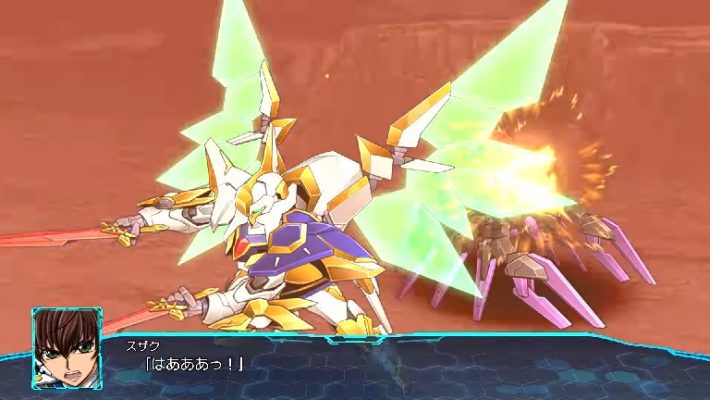 Bandai Namco Entertainment announced that Super Robot Wars 30 will appear on the Nintendo Switch in the near future. They showed off a gameplay trailer during the Nintendo Direct at E3 2021. As this game will mark the series’ 30th anniversary, there is a “30” in the title. Bandai Namco has not yet made an announcement as to what other consoles this game will appear on, if any.

Numerous classic mecha anime protagonists appear throughout the trailer, as is the norm in any Super Robot Wars game. These include titles such as Mazinger Z: Infinity, Mobile Suit Zeta Gundam, Code Geass, and The King of Brave: GaoGaiGar Final. The trailer also shows off how the attack animations will look during battle.

Super Robot Wars 30 is a turn-based combat game in which players control pilots and mecha on a grid-based battlefield. The story will be entirely original, though the trailer offers very few details about the plot. One of the draws of the series is watching characters from different pieces of media interact with each other, as well as seeing, for example, Suzaku’s Lancelot KMF fight alongside Amuro’s RX-78-2 Gundam.

Super Robot Wars 30 will come out in 2021 in Japan on the Nintendo Switch. Previous mainline titles in the Super Robot Wars series also appeared on platforms such as the PlayStation 4, but Bandai Namco has not made any announcements regarding other systems as of yet.