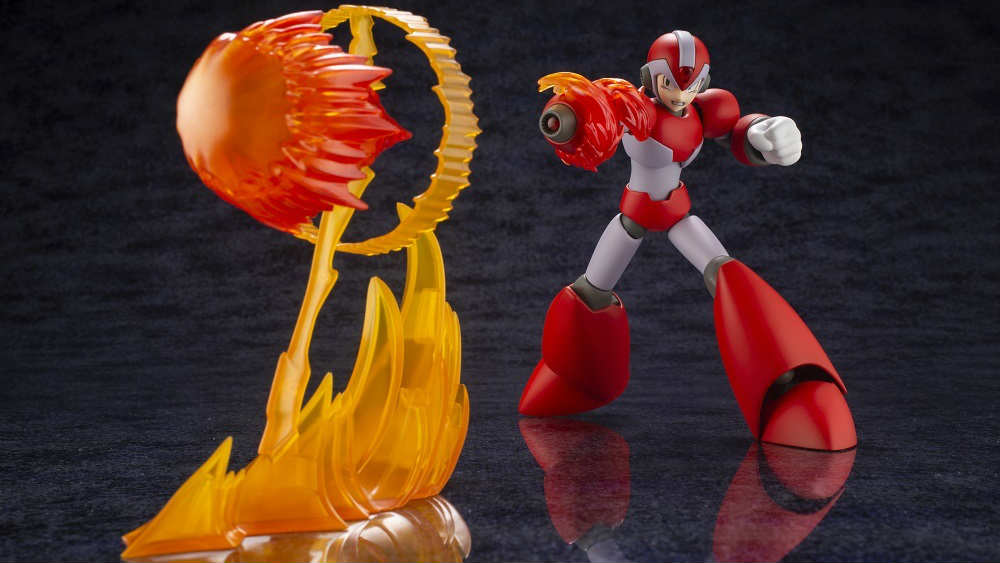 Kotobukiya has confirmed the next installment in its line of Mega Man X model kits. The company is going to burn things up with a Mega Man X Rising Fire Ver. release. It has not yet been dated. However, the official tweet noted the 1/12th scale figure will be the fourth one in this series.

People who put this Mega Man X model kit together will end up with a figure inspired by his Mega Man X4 appearance. In the game, people get the Rising Fire special weapon after defeating Magma Dragoon. The kit will also include special effect parts to create a fiery Ryuenjin, which is a skill you learn after that boss fight.

Previous Mega Man X kits from Kotobukiya tend to cost between $59.99 and $74.99, include multiple special effect and weapon parts, so you could have his buster on different hands or pose Zero as though he is performing certain attacks. They also tend to come with additional face plates. As far as the difficulty level goes, they all have pre-painted parts and typically don’t require glue. (Having a pair of nippers to remove pieces from the runners is helpful, though.)