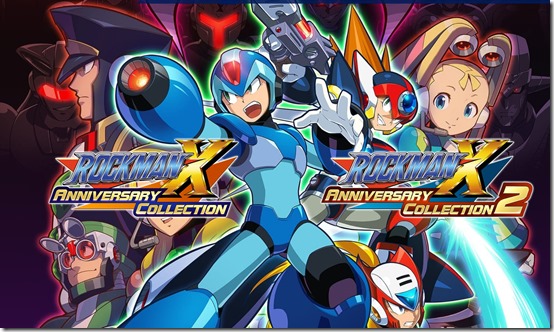 Last week, Japan had a bunch of remasters and rereleases such as The Last of Us and Senran Kagura: Peach Beach Splash, but the headliner of the week certainly goes to Mega Man X Legacy Collection 1 + 2.

Other new titles this week include Collar x Malice: Unlimited at #10 with 7,695 units sold on PS Vita, Higurashi When They Cry Hou on Switch with 7,631 units sold, The Last of Us Remastered at #16 with 5,410 units sold on PS4, Senran Kagura: Peach Beach Splash Sunshine Edition at #17 with 4,535 units sold.

Disgaea 1 Complete had a bit of an underwhelming debut with 4,094 units on PS4 to chart at #19. The Nintendo Switch version didn’t chart in the top-20. Lastly, we have Dragon Quest X All-in-One Package (ver. 1~4) at #20 with 4,020 units sold on the Nintendo Switch. The Dragon Quest X package also released on PlayStation 4 and Wii U but they didn’t chart. It also released on PC but Media Create only tracks console sales so we won’t know how it performed unless we hear it from Square Enix.

Hardware sales took a dip across the board. While there were many releases last week, none of them were big console-sellers, and most of them were rereleases of some sort, so the low hardware sales is understandable. The PlayStation 4 sold 13,666 units with an extra 4,979 from the PS4 Pro to set a total of 18,645 units for PS4. The Nintendo Switch was the best-selling hardware with 48,370 units sold in the week to make up for 60.8% of all consoles sold. Going by Media Create’s figures, the Nintendo Switch is currently at 4,702,826 units sold in Japan since its launch in March 3, 2017.